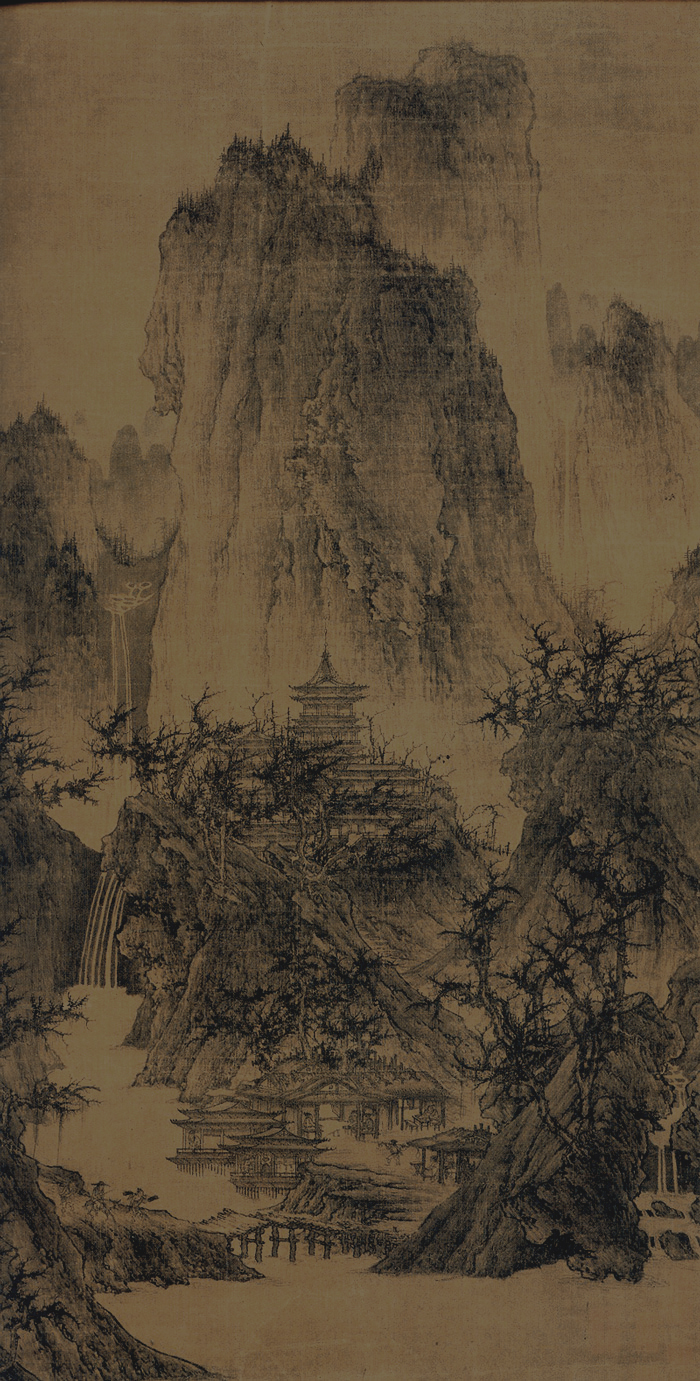 In Michael Sullivan's history of Chinese landscape painting, Symbols of Eternity, he describes the predicament of one of the great painters of the early Sung Dynasty.


'Li Ch'eng - unsuccessful aspirant to office, gentleman, poet, recluse - came of a family of Confucian scholars that had gone down in the world.  One wonders what he lived on.  To a persistent patron, owner of a fashionable restaurant in the capital, he is said to have written: "Since antiquity the four social classes have not mixed.  I am a Confucian scholar, and although I paint, I do it only for my own pleasure.  Why should I submit to being a retainer in a great household who grinds and licks his colours and is classed with the hua shih [i.e. men who hold office by virtue of their skill as painters] and other such riffraff?"  Yet he had to live, and did not consider it beneath him to exhibit his paintings in that same restaurant, which the emperor himself patronised.  Li Ch'eng's son and grandson were rather ashamed of him, for in spite of his disclaimer, he was a professional by necessity.  This was a predicament that was to face more and more artists of the scholar class, and the most delicate and indirect ways had to be found to reward them for their work without causing them to lose face as amateurs and gentlemen.'

I wonder how Li thought about that restaurant and its diners.  Mark Rothko apparently said of his murals for the Four Seasons restaurant in New York, "anybody who will eat that kind of food for those kind of prices will never look at a painting of mine." 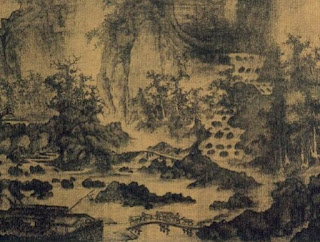 Detail of that detail

The paintings here are both attributed to Li - possibly painted by his followers but probably no later than the tenth century.  Attribution of early Chinese paintings is always tricky - there is a story that Mi Fu (1051-1107), who lived only a century after Li Ch'eng (919-67), could locate only two genuine scrolls painted by Li and wondered if in fact any really existed.  Recently the art historian James Cahill caused controversy by suggesting some paintings from this period were twentieth century forgeries.  He thought Li's Reading the Memorial Stele, now in Osaka, was a copy, but valuable nonetheless.  I wrote about that painting here four years ago, after seeing it in an exhibition in London.  The warlord depicted in it trying to decipher the memorial stone, Cao Cao, was the subject of another Some Landscapes post earlier this year.

Here is one more quote concerning Li Ch'eng - Richard M. Barnhart's description of A Solitary Temple amid Clearing Peaks and Luxuriant Forest among Distant Peaks (in an essay in Yale's Three Thousand Years of Chinese Painting).  He sees them as wonderfully detailed alternative worlds to escape into, but also models of the new Chinese state.


'Li Ch'eng's works contain rich human and architectural details - temples, villages, bridges, pagodas, wine shops, pavilions and pathways - and constitute deep miniature realms of imaginative construction, dream worlds that one is invited to enter like tray landscapes, or penzai (bonsai in Japanese).  Their compositional structure, however, is the very structure of the new empire of Sung, with the Son of Heaven represented in the dominant central peak, his ministers and associates in the supportive ranges and hills around the central peak, and the entire vast structure as ordered, clear and infinite as the great empire of China itself.  There is no dust or dirt, no violence or disorder, nature is placid and benevolent, controlled by the power and wisdom of the enlightened ruler who has brought humanity to this lofty condition through wise interaction with Heaven.'