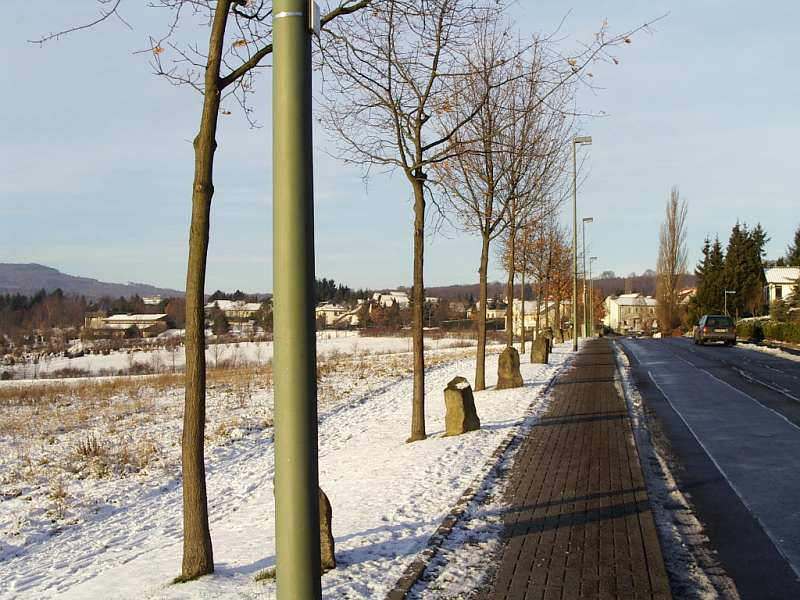 Following on from my last post I thought I would briefly mention another famous European environmental art intervention from the eighties, Joseph Beuys' 7000 Oaks (1982-87). Here's a description by the Dia Foundation, who partly sponsored it:

Joseph Beuys’s project 7000 Eichen (7000 Oaks) began in 1982 at Documenta 7, the large international art exhibition in Kassel, Germany. His plan called for the planting of 7,000 trees—each paired with a columnar basalt stone approximately four feet high and positioned above ground—throughout the greater city of Kassel. With major support from Dia Art Foundation, the project was carried forward under the auspices of the Free International University and took five years to complete; the last tree was planted at the opening of Documenta 8 in 1987. Beuys intended for the Kassel project to be the first stage in an ongoing scheme of tree planting that would extend throughout the world as part of a global mission to spark environmental and social change. Locally, the action was a gesture toward urban renewal.

I have never been to Kassel but it must be fascinating to wander round and see how these trees are getting on. How many of the originals are still there? It is easy to imagine that the basalt columns are no more resistant to developers and planning decisions than the living trees. There were large protests near me recently at the felling of the Happy Man Tree, a much-loved 150-year old London plane tree. It made me think back to one of the first posts I wrote for this blog, on Charlotte Mew's poems about the 'murder' of the great planes opposite her home.

I came across an interesting essay on a blog by Andrew Bruce that gives some information on how the Joseph Beuys trees have fared. He draws on an article by Stephan Körner and Florian Bellin-Harder, 'The 7000 Eichen of Joseph Beuys – Experiences After Twenty-Five Years' (2009). Perhaps unsurprisingly, many trees had not been well cared for. They estimated that '70 replacement trees are required annually – these replacements are not true Beuys trees, the basalt column is removed upon the death of an original.' However,

There are exceptions to the poor state of the trees as reported by Körner and Bellin-Harder. Volunteer groups have carefully maintained several groups of trees. Other trees have become beloved foci of community activity. The study gives an example of a Beuys tree planted at an intersection that was closed to traffic at the behest of a citizens group just prior to Beuys’ action. The linden in this Plätzchen (little square) has been the site of ‘street festivals, baptisms, and other parties such as children’s birthdays’, children also meet there to walk to school together and play there after school. The lives of trees like this one come closer to the social relevance Beuys intended... 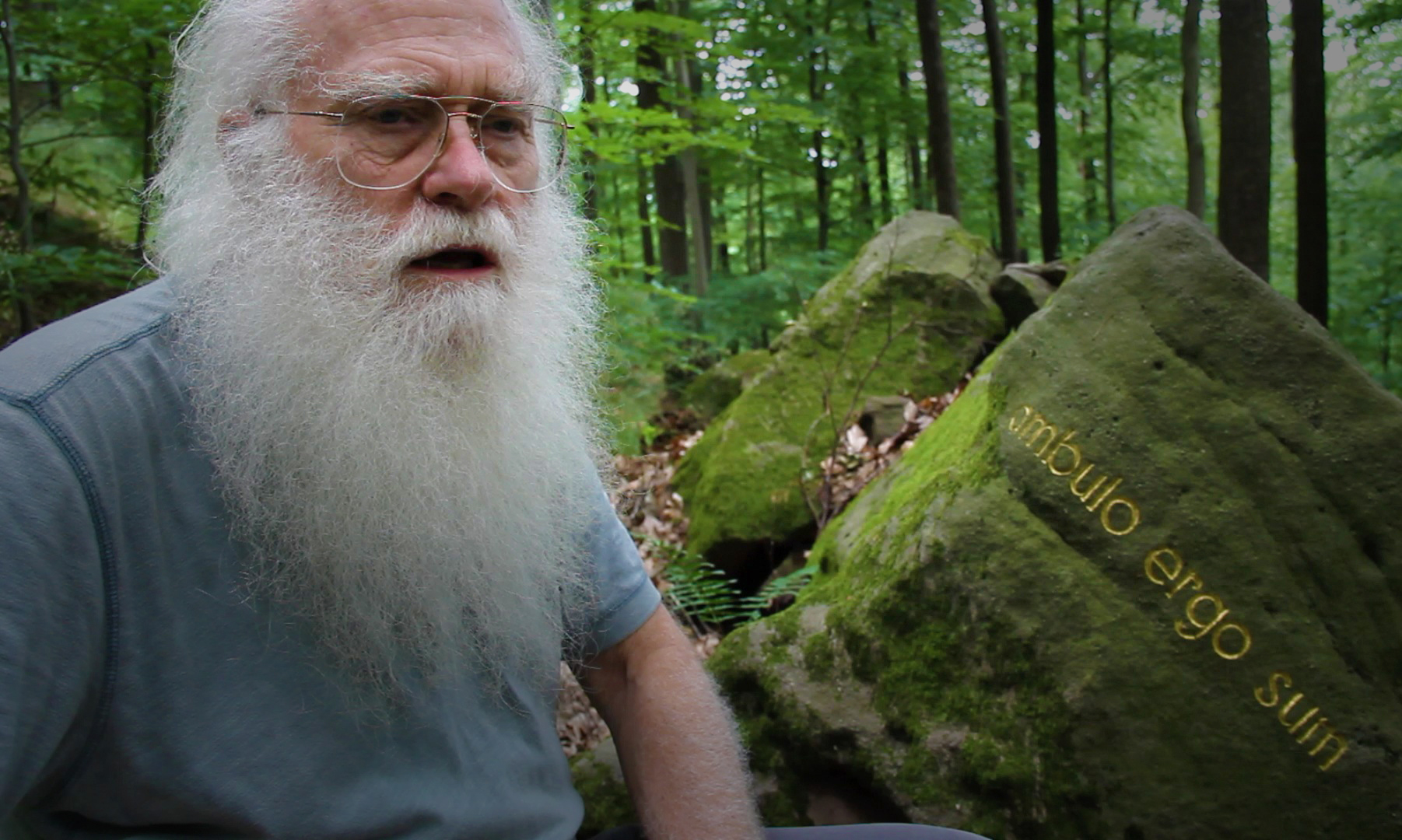 The meadow planted near Eschenau in Upper Franconia by herman de vries, die wiese - one of the best known works of European land art - is no longer being maintained. According to a comment on the artist's website, 'in 2019 herman de vries decided not to intervene anymore and now the meadow will become part of the Steigerwald.' It is not surprising, because the artist is now eighty-nine, although I sometimes think artists who work out in nature must be a lot fitter than the average. There was a short interview with him in The Independent five years ago that said he was scaling back his work. 'The artist walks in the nearby forest every day, although health problems in the last year have slowed him down. He keeps a map charting his walks on the wall of his kitchen, which becomes an art work at the end of the year. He finds fallen trees: "They are nice sculptures, no? A sculpture that nature makes."'

I have been looking back at the Michael Fehr essay 'Herman's Meadow' (1992), which was reproduced in the Kastner/Wallis book Land and Environental Art (Phaidon, 1998). It was written six years after de vries and his wife Susanne began the project. I was struck by the lists of species in Fehr's descriptions of the meadow's development. Here is a quote from the essay with the lists turned into columns:

As a border, they planted a hedge composed of a variety of shrubs:

as well as a row of cultivated and semi-cultivated trees:

and older varieties of

- and let it take its natural course. Late in the year, after seeding, half of the area was cut and the cuttings removed, so that the fodder meadow - overfertilised up till then with artificial fertilisers and liquid manure three times yearly - would lose some of its richness. In the following year, herman and Susanne collected seeds along embankments, paths and the edge of the forest from plants that had been resistant to the farmers' machines and liquid manure sprays and planted them in their meadow: in molehills and earth which had bcen dug up by wild boars. Consequently,

had a chance to spread. These were joined spontaneously by

and runners from the aspen at the end of the forest developed shoots in the upper part of the meadow.