A bend in the river 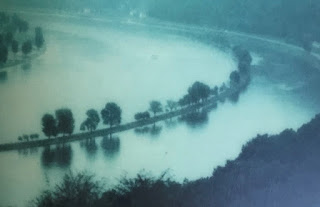 This is a detail from one of the colour Polaroid photographs taken by Wim Wenders in 1974, when he was working on The Wrong Move.  These Polaroids were on show in London a couple of years ago and I recently treated myself to the accompanying book, Instant Stories, where they are mostly reproduced in their original 7 x 9cm dimensions, re-photographed with all the dust and markings of age.  This particular image, along with a few others, is blown up to five times its original size, as if to see how it works as a photographic art, rather than a small physical artefact of the film making process.  When I saw this Polaroid in the exhibition, I thought it was the river bend the characters in The Wrong Move have behind them on their walk up the hill.  But memory mists over details and, as you can see from the embedded clip below, it is not the same place.


For this post I will just note three other highlights of the book (focusing on landscape subjects): 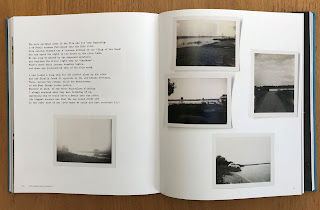 Finally, I am embedding below a video of Wim Wenders in which he describes his use of the Polaroid camera.

Email ThisBlogThis!Share to TwitterShare to FacebookShare to Pinterest
Labels: rivers
Location: The Elbe