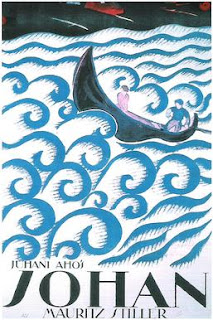 This cool poster gives a strong impression of 'Troubled Waters', an alternative title for Mauritz Stiller's Johan.  The film was an adaptation of Juhani Aho's Finnish novel, published a decade earlier in 1911.  Landscape initiates the story, as a group of men arrive to dig out a canal in the countryside and, in a memorable sequence, people watch from the riverbank as water floods through the new channel.  One of the workers, the film's anti-hero (or villain, depending on how you see it) rows up to the new waterway and surfs down it in his small boat.  Time passes and one day he returns and seduces Marit, the film's heroine, taking her away in his boat over the wild rapids.  Given how skilfully this white water rafting is carried out, I find it amazing that it was the actor Urho Somersalmi who took the boat over the Kamlunge rapids.  Jenny Hasselqvist, who played Marit, was apparently the first woman to make this journey and at one point during the shoot she saved Somersalmi when he was washed overboard. 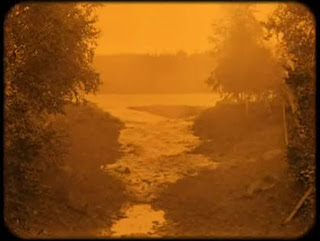 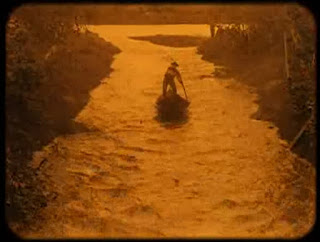 D. W. Griffith's Way Down East was released six months before Johan and it too contains a famous river sequence.  Whereas the rapids in Johan feel central to the story, symbolising the attraction and dangers of the seductive stranger, the landscape in Way Down East is really only present at the end of the film, heightening its emotional climax, as Lilian Gish runs despairingly out into a blizzard and then finds herself trapped on the frozen river as its ice breaks up around her.  Again, there were no stunt doubles: it was Gish who lay on the ice while Richard Barthelmess jumped over the cracks to rescue her.  Gish wrote about the experience in her autobiography:


"The scenes on and around the ice were filmed at White River Junction, Vermont, where the White River and the Connecticut flowed side by side. The ice was thick; it had to be either sawed or dynamited, so that there would be floes for each day's filming. The temperature never rose above zero during the three weeks we worked there. ... I suggested that my hand and my hair trail in the water as I lay on the floe that was drifting toward the falls. Mr. Griffith was delighted with the effect. After a while, my hair froze, and I felt as if my hand were in a flame. To this day, it aches if I am out in the cold for very long." 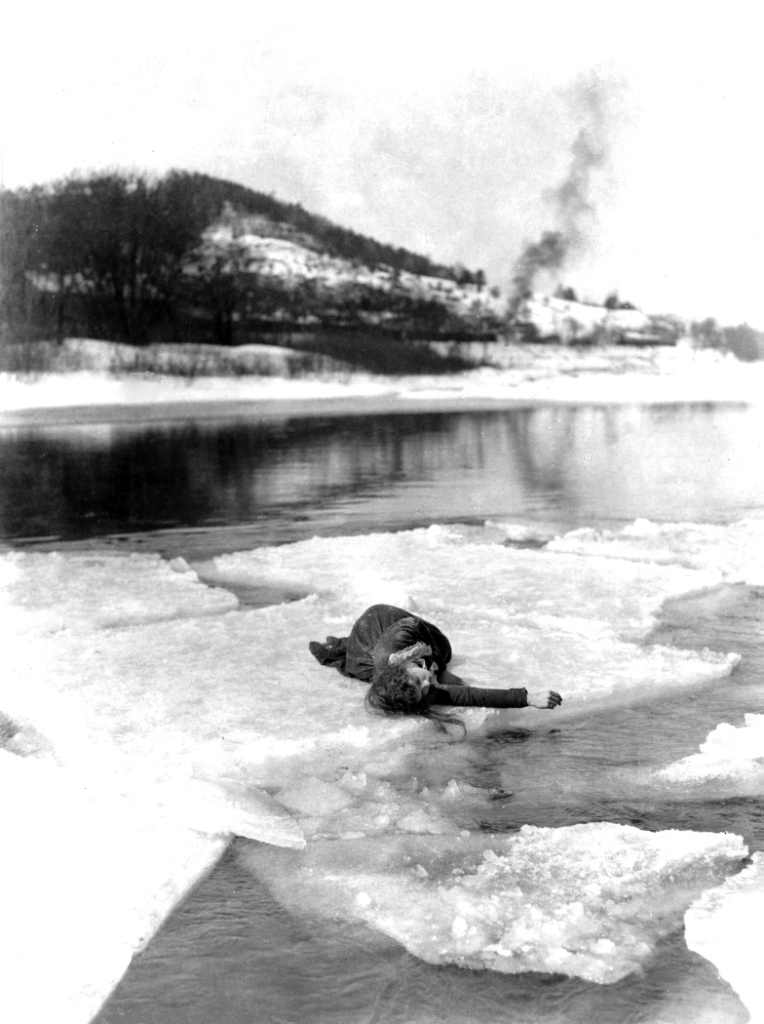