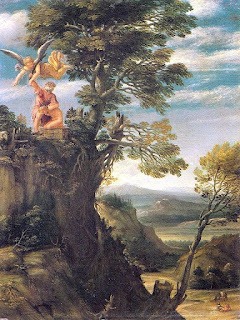 In The Vision of Landscape in Renaissance Italy (1966), A. Richard Turner singled out this painting as the most brilliant landscape painted by Annibale Carracci (1560-1609).  It is quite hard to find on the Louvre's website but I eventually tracked it down ('le drame imminent du sujet biblique trouve un écho dans le paysage environnant.')  Why did Turner rate it so highly?  Partly, it was the way Carracci managed to achieve something monumental on such a small scale (45 x 34 cm).  It was painted on copper - a medium usually approached with the techniques of a miniaturist - but Carracci used a much looser, more confident approach.  Then there are those 'unforgettable' colours, the 'light-drenched blues and greens' of the valley are enough to make you forget the drama taking place on the cliff.  The way the landscape was structured is also unusual - we look both upwards to the scene of sacrifice and downwards towards the valley.  Light flowing in from the left delineates the landforms but then melts 'into softly differentiated colours and luminosities'.  Through his handling of light and colour Annibale showed himself more interested in tonality than form.  He had a 'flawless feeling for atmosphere'. 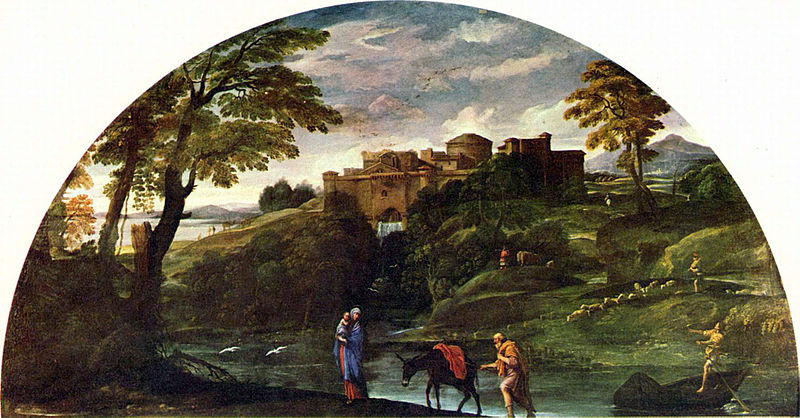 Annibale Carracci, Landscape with the Flight into Egypt, c. 1604

Turner's chapter on Carracci goes on to talk about the influence of Paul Bril, who had popularised landscape painting in Italy in the 1580s, showing how Carracci moved beyond him.  Two similar paintings in lunette format offer an obvious point of comparison, Carracci's Flight into Egypt and a Bril landscape in the piano nobile of the Lateran palace.  'Annibale's landscape has a clear focus and is simple, while Bril's is panoramic and laden with discursive anecdote.'  Carracci's painting has its own Wikipedia page and has long been regarded as one of the great works of Western landscape art - numerous people have written about it as an influence on later artists like Claude and Poussin.  By contrast, I cannot find any images or mention of the Bril painting online at all, which just goes to show how valuable books like The Vision of Landscape in Renaissance Italy remain. 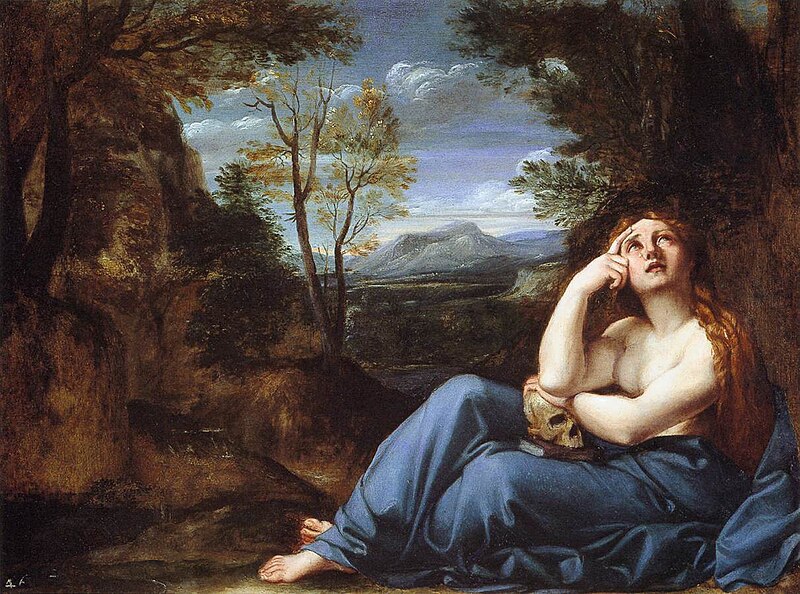 Annibale Carracci, The Penitent Magdalene in a Landscape, c. 1598

This time next week I will be in Berlin, where there is a Carracci River Landscape that Turner discusses in his book; perhaps I should try to see it, as I can find almost nothing about it online.  There is though another lovely River Landscape now in Washington that you can access via the Google Art Project - its caption says that 'nature here is appreciated first and foremost for herself and not as the backdrop for a story. A mellow sunlight dapples the land and picks out the ripples disturbing the surface of the river. The gold in the treetops suggests a day in early autumn.'  Turner, by contrast, concludes his discussion of Carracci with a painting in which landscape shares prominence with the penitent Magdalene, who is not so much 'in' a landscape as 'before it'.  He thinks that this painting shows Carracci's strengths as a landscapist and weakness as an artist, since there is no real relationship between figure and setting.  Nevertheless, that dark frame of trees around a brilliant cerulean sky 'suggests the sublimity of calm, permanence and civilised nature, all presented through the hand of a fine painter.' 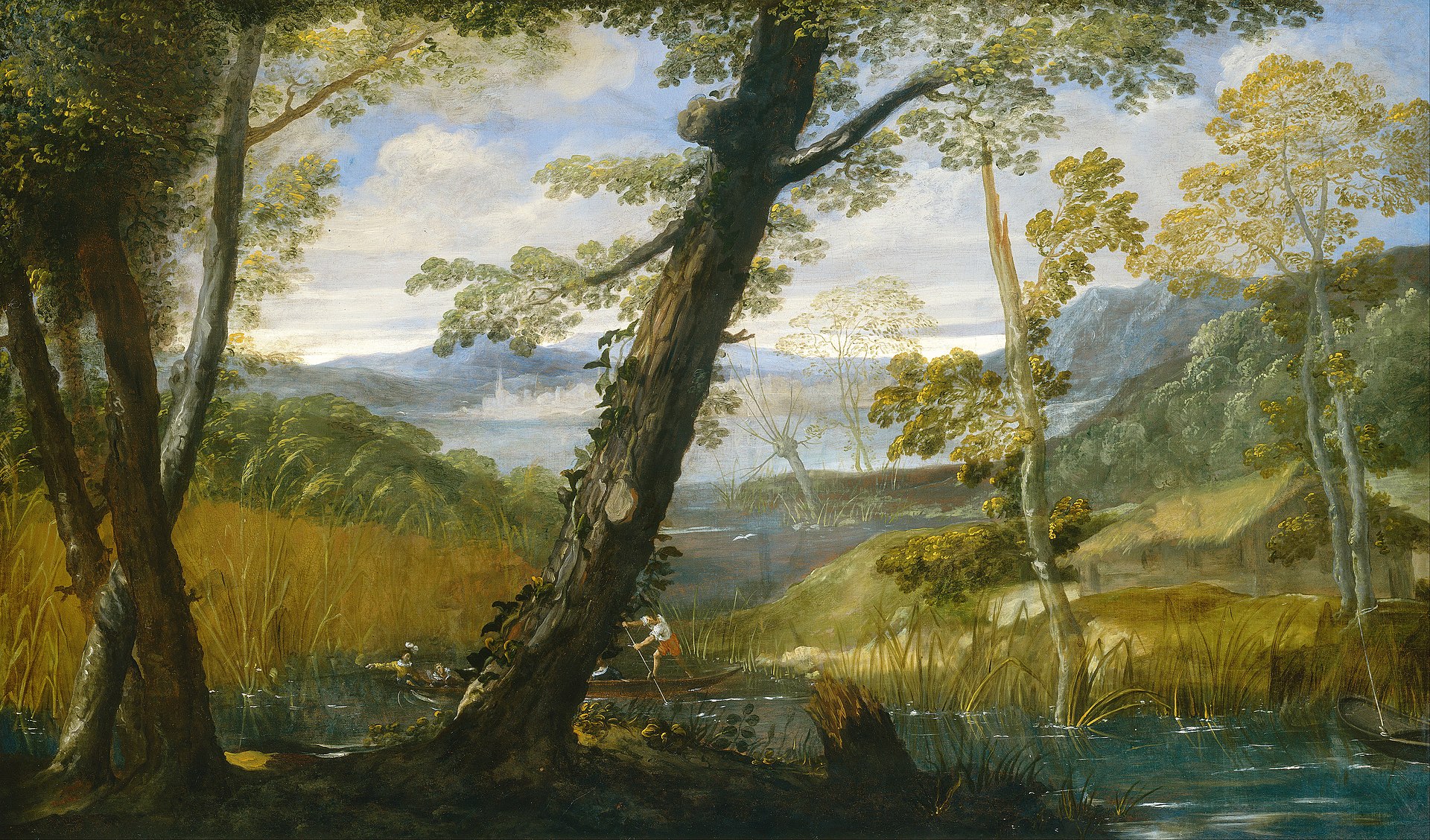