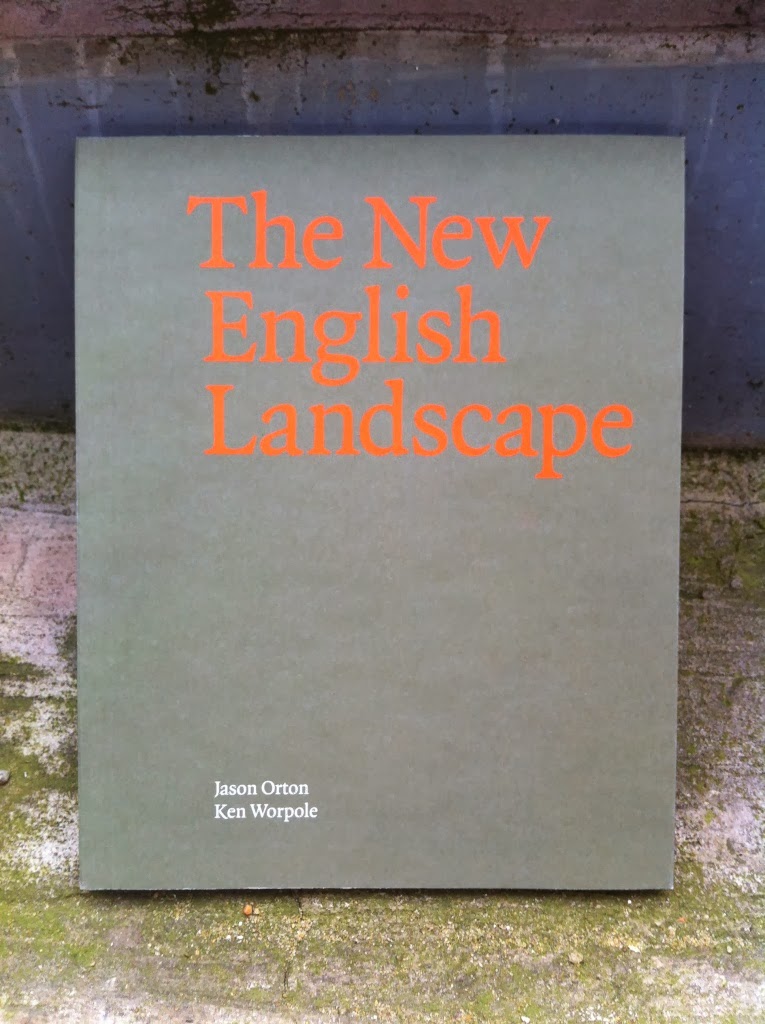 This week Ken Worpole was talking at the LRB bookshop about his latest collaboration with photographer Jason Orton, The New English Landscape.   A full review of the book can be found on the Landscapism blog so I will just say a few words here prompted by what was said on Thursday.  Ken was joined by Rachel Lichtenstein, who read an extract from her work in progress on the Thames estuary, and interviewed by writer, film curator and cultural catalyst Gareth Evans.  The New English Landscape partly develops the ideas in an essay Ken wrote for the anthology Gareth co-edited, Towards Re-Enchantment: Place and Its Meanings (just re-printed, highly recommended).  It was obviously a very productive project: since I discussed it here three years ago Kathleen Jamie has expanded her essay for inclusion in Sightlines and Robert Macfarlane's contribution has seeded a new book, Landmarks, currently in preparation, on language and landscape.  The New English Landscape also incorporates material Ken presented at one of the Place events Gareth has organised at Snape (the next one in February is dedicated to various forms of landscape 'occupation').  However, notes on Essex had been accumulating in boxes for some years and Ken before the opportunity came to collaborate with Jason on 350 Miles: An Essex Journey (2005).  Mainstream publishers were only interested in books that dealt with the stereotypes of Ford Escorts and white stilettos.

Unsurprisingly, Essex held few attractions for Rachel Lichtenstein growing up in Southend, but ten years ago she moved back and has experienced a kind of personal re-enchantment with its landscape (she says she is "a born again Essex girl").  Ken has followed a similar trajectory: leaving Canvey Island just before the great flood of 1953, but returning there for walks in its wild places and unassimilated landscapes.  Of course distance lends enchantment and there was some discussion about the risk of seeing landscape at a remove from its lived reality.  I thought of Wordworth, who chose to settle in the Lakes not among the people he had grown up but at Grasmere, surrounded by Romantic scenery.  Rachel's current project is engaging with the working river through interviews with fishermen, tugmen, cocklers and river pilots (see embedded clip below).  People are absent from the images in The New English Landscape but, as Ken explained, there are traces of their presence: broken fences, overgrown greenhouses, a forlorn flag planted on an empty beach stretching almost to the horizon.


It was a shame Jason Orton could not be present to say more about how he seeks to avoid the aestheticisation of dilapidation and decay that was central to Picturesque taste and what we now call 'ruin porn'.  By eschewing filters and shooting on film he tries to arrive at a truthful representation of place as it is actually experienced - Ken was scornful of the artificiality on display in the recent Landscape Photographer of the Year awards.  Muted colours and flat light might not grab the attention but they reflect a persistent strain in twentieth century English painting. Ken mentioned in passing the work of Prunella Clough, who lived in Lowestoft and depicted its dockyards, cranes, warehouses and fishermen.  I can see a clear resemblance to Jason's photographs in paintings like Sheds by a Quarry (1947).  Frances Spalding's description of this in her recent book Prunella Clough: regions unmapped seems to want to excuse its mundane subject matter: 'A conglomeration of pale corrugated roofs shimmer with an unearthly light, cradled within the warm umbers of a barren landscape ... bleakness, however, is made exquisite through subtle alterations of texture, colour and light.'  The photographs in The New English Landscape are not there to be admired like this for their formal qualities.  As Ken writes in his most recent blog post, the book seeks to establish 'a tension between words and images, the exigencies of social history and visual richness, so that there is an interrogative presence at work in our response to landscape as well as an appreciative one.' 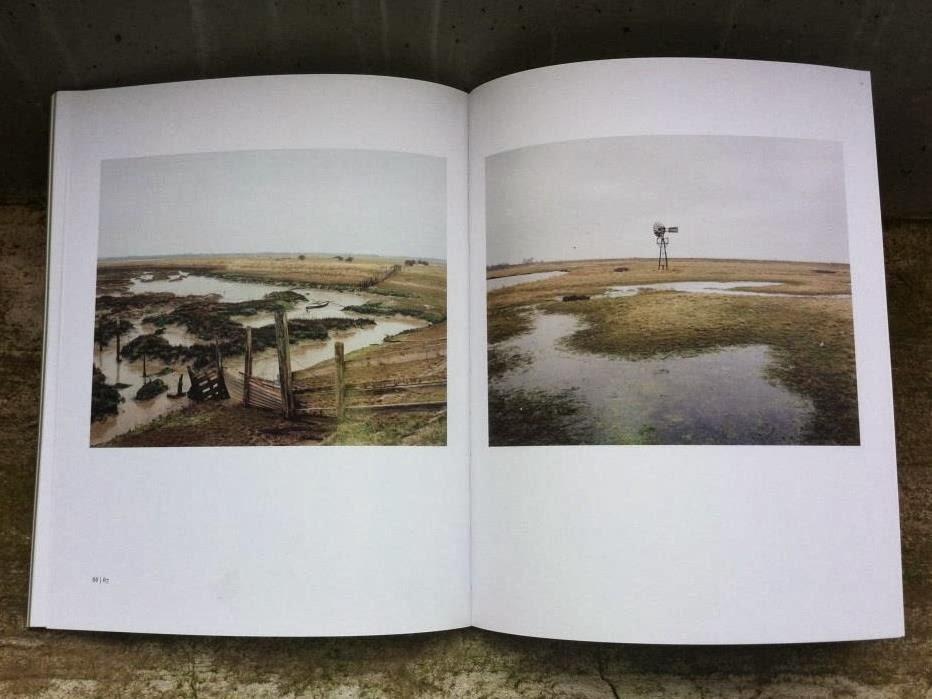 Thanks for the mention Andrew.

Its heartening to see this more nuanced approach to landscape, and one that is helping to free Essex from the tired and one-dimentional cliches with which the county has been saddled.

Sounds like an interesting event. Always a bit frustrated that I'm a bit far west to get to these things regularly.