'The cemetery faces a small bay directly looking over the Mediterranean; it is carved in stone in terraces; the coffins are also pushed into such stone walls.  It is by far one of the most fantastic and most beautiful spots I have ever seen in my life.' 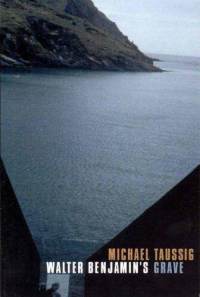 Michael Taussig's essay, 'Walter Benjamin's Grave: A Profane Illumination', describes the cemetery of Portbou, the small town on the border of France and Spain where Benjamin died in 1940.  Carrying his possessions in a heavy black briefcase, Benjamin was led there over the mountains by a young woman, Lisa Fittko.  'It was the first time she had made the trip.  Benjamin was her first refugee ... She got lost.  They backtracked.  Then they found their way to the summit: "The spectacular scene appeared so unexpectedly that for a moment I thought I was seeing a mirage ... the Vermillion Coast, an autumnal landscape with innumerable hues of reds and yellow-gold.  I gasped for breath - I had never seen such beauty before."' But the the Franco government had cancelled all transit visas and on the night of September 25th Walter Benjamin, fearing repatriation, took an overdose of morphine tablets.  Hannah Arendt, then still in the South of France, came to look for his grave soon afterwards. Lisa Fittko and her husband Hans continued the dangerous work of escorting refugees across the border.  Hans took to wearing a Basque cap and sandals to blend in with the locals.  Sometime he would sit for hours on a cliff projection looking out to sea. 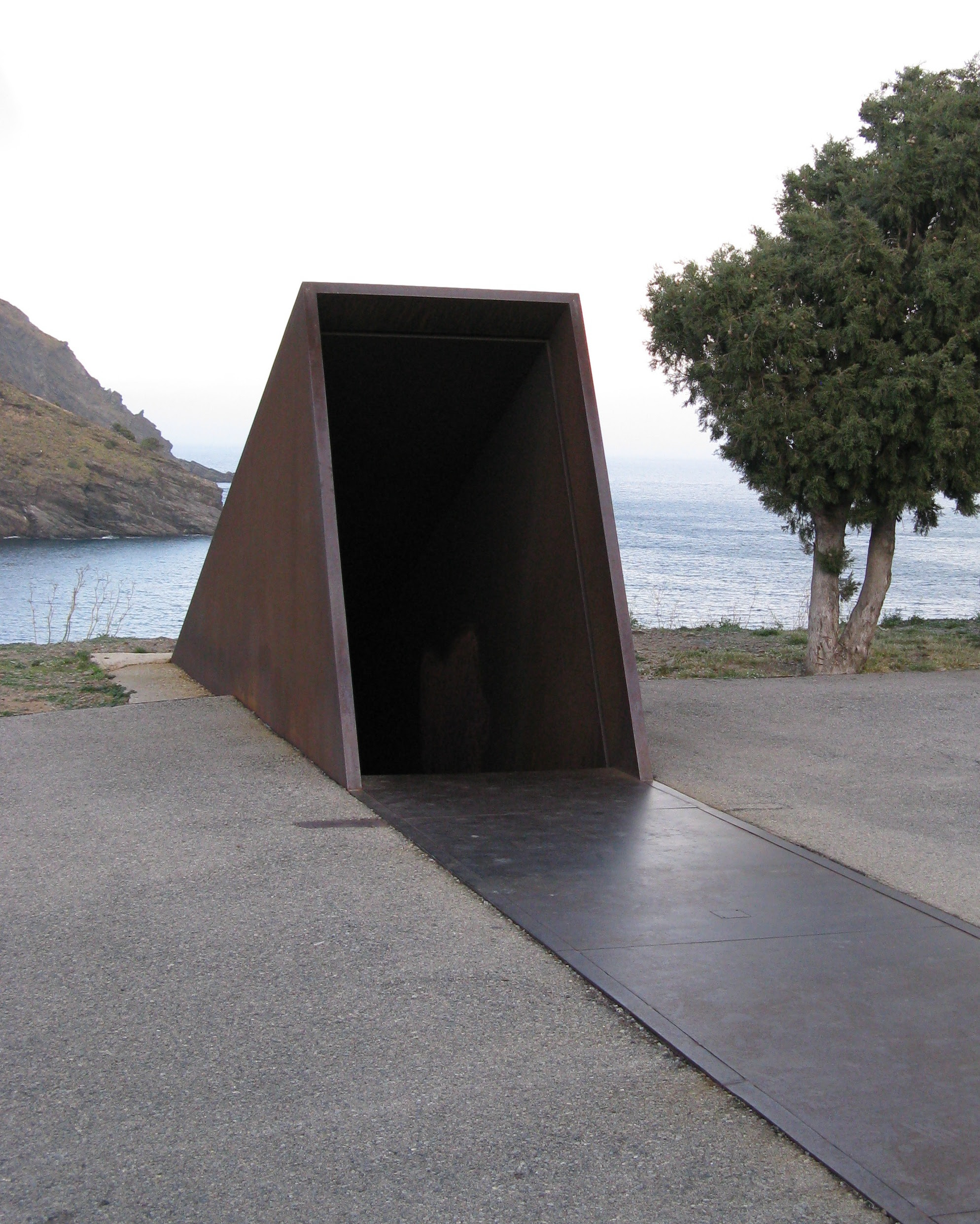 The beauty of this place, which so struck Hannah Arendt and Lisa Fittko, seems at variance with its  history of displacement and disappearance.  Michael Taussig first visited Portbou in 1987 and found the whole town a sad monument to Benjamin's death - 'cold, nasty, and enigmatic.'  But now, on returning fifteen years later, he comes upon the new monument to Walter Benjamin, designed by Dani Karavan, an artist from Tel Aviv.  An iron triangle forms a doorway leading to steps that take you down the slope of the hill towards the sea.  At the bottom there is a thick pane of glass inscribed with Benjamin's words: 'It is more arduous to honour the memory of the nameless than that of the renowned.  Historical construction is devoted to the memory of the nameless.'  The words could be taken to refer as much to the victims of Franco as to the Nazis.  Looking back up the stairs, the doorway frames a rectangle of blue sky, echoing the view of the breaking waves below.

Later, inside the cemetery itself, Taussig is struck by a virtually identical set of steps, leading from the graves to the chapel.  He recalls Benjamin's surrealist conception of the 'profane illumination', where something provides a new kind of experience whilst retaining the trace of the kind of religious illumination it has surpassed. In the cemetery at Portbou there are niches bearing the names of the dead and a common grave, the fosa común, in which Benjamin's remains may actually lie.  The monument, by contrast, is a profane illumination, which 'gathers its strength through the open expression of namelessness as empty space, sea and sky.  It truly is an emphatic statement on the weighting of the world by its nameless dead.'  Standing on the headland Taussig feels the full force of the transmontaña wind.  'Can we imagine a state, a religion, or a community bound to remembrance which would have thye courage or craziness to call a wind a monument?'  Walter Benjamin once wrote that the best way to light a cigarette is with a flintstone and fuse.  'The wind blows the matches out, but the harder the wind blows, the more the fuse glows.'
Posted by Plinius at 12:45 pm