Landscape with Ascanius shooting the Stag of Sylvia

The Ashmolean Museum's exhibition Claude: The Enchanted Landscape, which I looked round yesterday, provides a good opportunity to compare the artist's drawings and sketches.  A preparatory sketch for Claude's last painting, Ascanius shooting the Stag of Sylvia, shows the foreground figures standing out from their background and Ascanius (the son of Aeneas) just left of centre.  Trees, portico and people are all on a more realistic, less monumental scale.  In the painting, as Martin Sonnabend and Jon Whiteley point out in the catalogue, 'everything has been suffused with an air of fantasy.  The hunters are impossibly elongated - Ascanius, in particular, is absurdly top-heavy - but even they are overwhelmed by the landscape, lit by a silvery sky, which arches over them and recedes far back into the blue, snow-capped hills.' 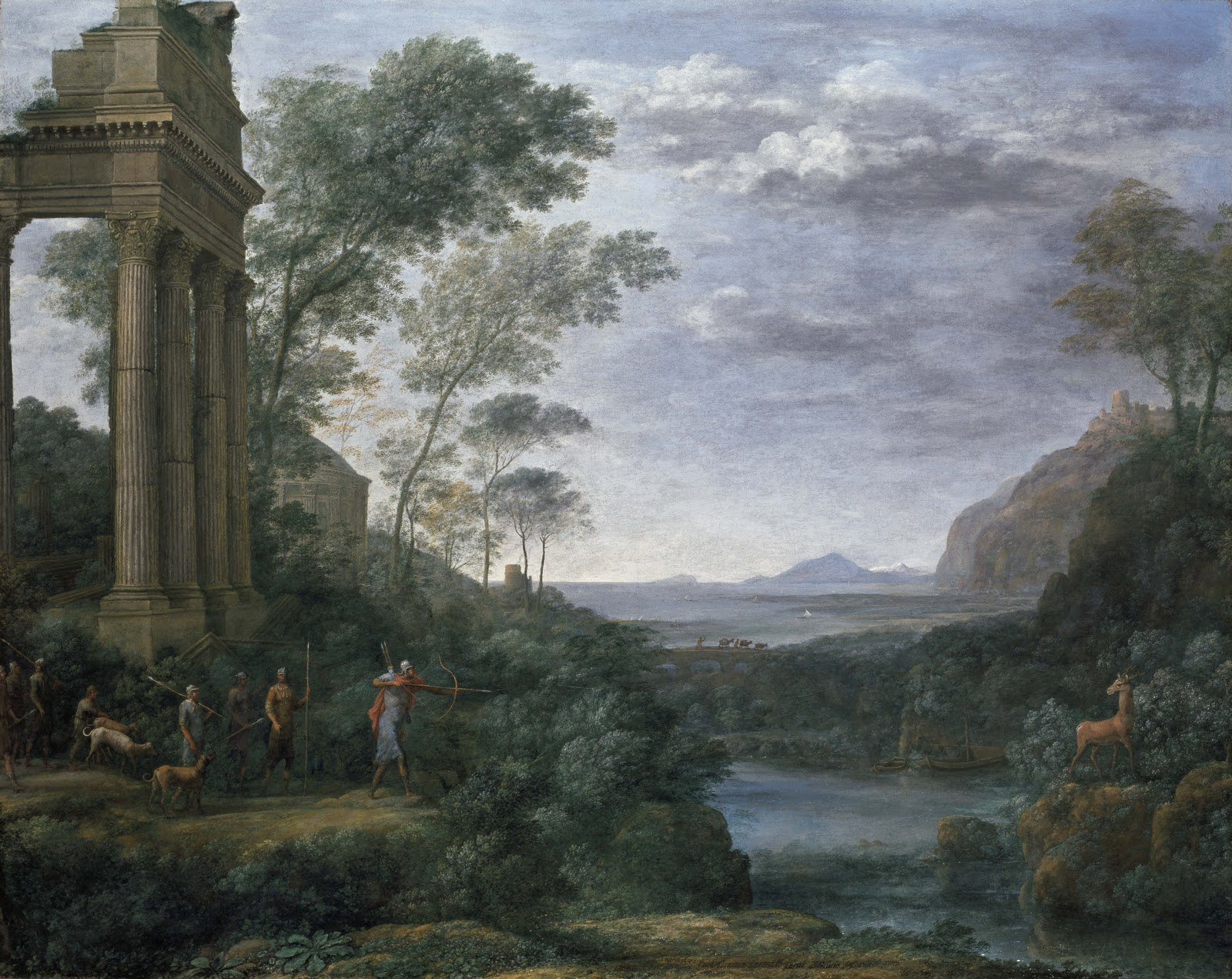 I was curious to compare the two figures of Ascanius directly and so had a play on Photoshop, as you can see below.  It would seem facile to say this shows Claude could have painted more naturalistic figures if he'd wanted to, but the point is worthwhile because contemporaries criticised this aspect of his painting and Claude himself reportedly joked that when he sold his landscapes he threw the figures in for nothing.  Of course the figures in Ascanius shooting the Stag of Sylvia can't be seen in isolation (or cut out from their setting); the painting's harmonius colours and soaring forms combine to convey a legendary time and place, dreamed from the poetry of Virgil.  Goethe summed up the nature of landscapes like this in 1829, when he said that Claude's paintings 'possess the highest truth, but no trace of reality.' 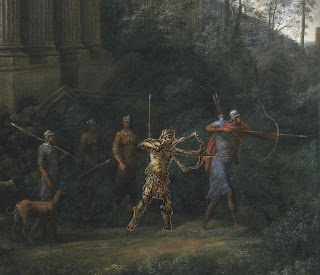