On the Island of Saint-Pierre


Near the start of this section of Civilisation (1969) we see Kenneth Clark sitting in a rowing boat discussing the 'revolution in human feeling' that occurred when Jean-Jacques Rousseau spent two months on the Island of Saint-Pierre in 1765.  'In listening to the flux and reflux of the waves, he tells us, he became completely at one with nature, lost all consciousness of an independent self, all painful memories of the past or anxieties about the future, everything except the sense of being.'  It is one of those points in the series where the beauty of the colour photography and ambient sounds convey as much as Clark's words. 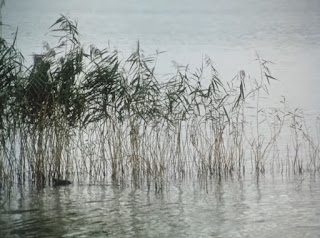 The writing referred to here is the fifth of Rousseau's ten Reveries of the Solitary Walker, composed during the last two years of his life (1776-78).  There he says that 'everything is in constant flux' and 'our earthly joys are almost without exception the creatures of a moment.'  But happiness can be found as long as we can experience nothing but 'the simple feeling of existence, a feeling that fills our soul entirely ...  Such is the state I often experienced on the Island of Saint-Pierre in my solitary reveries, whether I lay in a boat and drifted where the water carried me, or sat by the shores of the stormy lake, or elsewhere, on the banks of a lovely river or a stream murmuring over the stones' (trans. Peter France).  When writing The Reveries of the Solitary Walker Rousseau was living in Paris, but able to escape the city in order to breath freely under the trees.  The quiet happiness he was able to experience was only possible because he had learned to rid himself of 'self-love' (amour-propre) and leave behind the bustle of the world.

This fifth walk gives an account of Rousseau's happy life on the island walking, botanising, boating and losing himself in reverie, and within the book as a whole it comes as refreshing contrast to the other walks, with their sad and bitter complaints against the enemies he saw all around him.  In this it is very like the all-too-brief description Rousseau gives of the island in Confessions.  This comes in Book 12, a detailed account of his troubles which starts: 'This is where the works of darkness begin, in which for eight years I have found myself entombed without it being possible for me, however I have gone about it, to penetrate their terrifying obscurity'.  Rousseau describes the landscape as a refuge from his persecutors.  'Often, abandoning my boat to the mercy of wind and water, I would give myself up to a reverie without object, and which, for being foolish, was none the less sweet.  At times, filled with emotion, I would cry aloud, "O nature! O my mother! Here at least I am under your guardianship alone; no cunning or treacherous man can come between us here." In this way I would drift up to half a league from the shore; I should have liked this lake to be the ocean' (trans. Angela Scholar).
Posted by Plinius at 5:36 pm