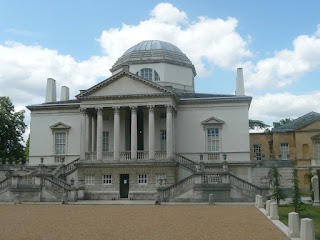 Chiswick House, designed by the third Earl of Burlington,
completed by 1729
My photograph, July 2010

Last month we visited Chiswick House and its gardens for the first time in years, lured by the website which says: 'in recent decades the gardens fell into decline with over one million visits every year taking their toll. This decline has now been spectacularly reversed with an ambitious £12.1 million project which has restored the gardens to their original 18th century glory.'  There is a nice new cafe and children's play area, but anyone thinking of going may wish to wait until the restoration is complete - the Ionic Temple for example is still under scaffolding. 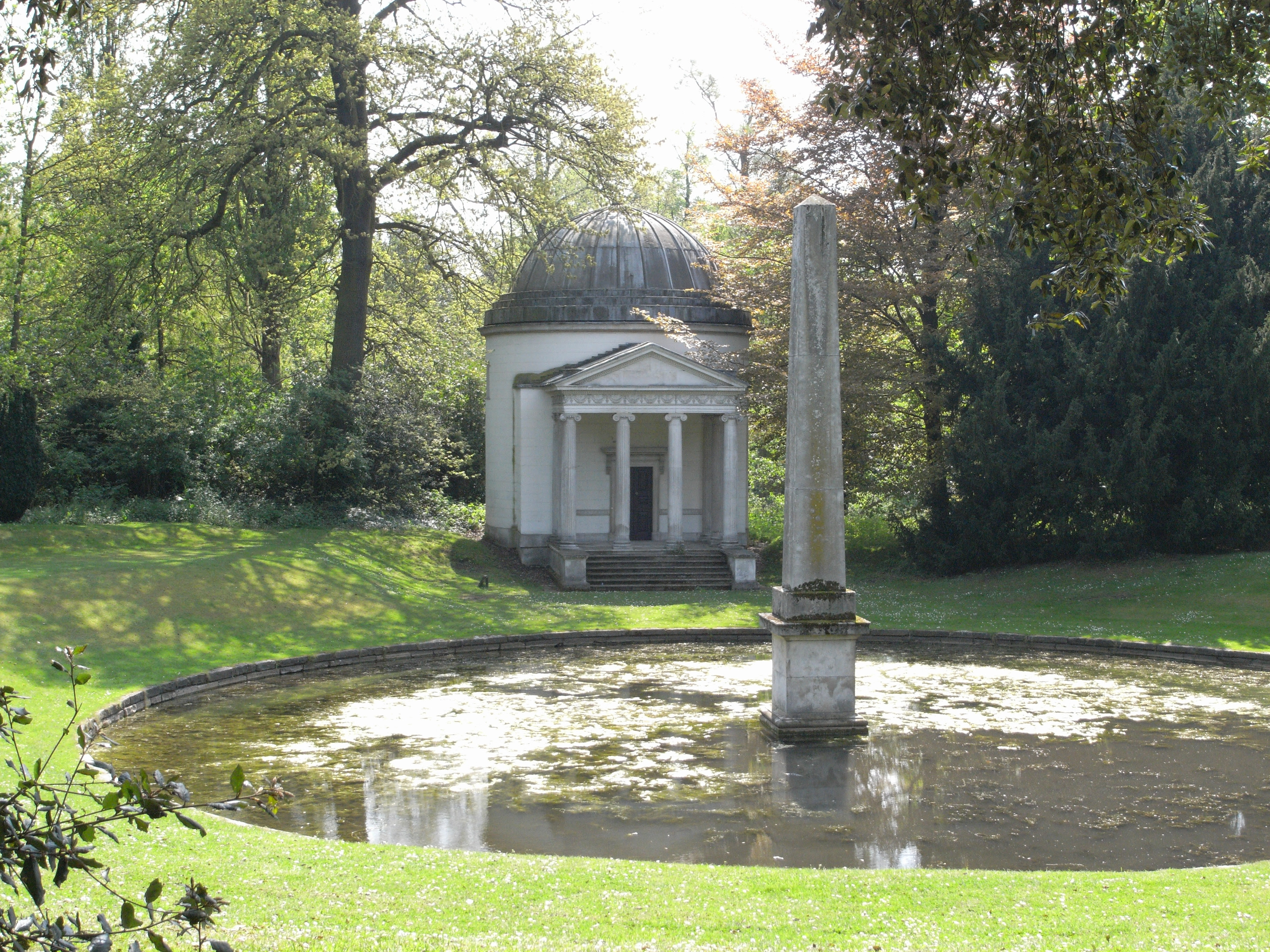 The restorers have erected several notices around the gardens in the form of picture frames.   The one shown below reproduces an idealised view of the house and invites you to compare it with the present view (somewhat obscured by trees). 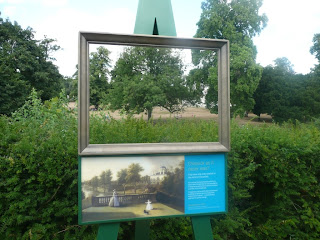 The gardens designed by Burlington and William Kent have a special place in landscape history, having inspired Alexander Pope's fourth 'Epistle' on good taste, which argues that all should be 'adapted to the genius and use of the place, and the beauties not forced into it, but resulting from it.'  Here are the lines relating to garden design:


To build, to plant, whatever you intend,
To rear the column, or the arch to bend,
To swell the terrace, or to sink the grot;
In all, let Nature never be forgot.
But treat the goddess like a modest fair,
Nor overdress, nor leave her wholly bare;
Let not each beauty ev'rywhere be spied,
Where half the skill is decently to hide.
He gains all points, who pleasingly confounds,
Surprises, varies, and conceals the bounds.

Consult the genius of the place in all;
That tells the waters or to rise, or fall;
Or helps th' ambitious hill the heav'ns to scale,
Or scoops in circling theatres the vale;
Calls in the country, catches opening glades,
Joins willing woods, and varies shades from shades,
Now breaks, or now directs, th' intending lines;
Paints as you plant, and, as you work, designs. 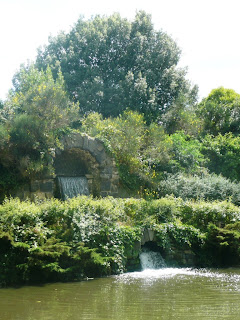 
As this verse implies, the garden is both formal and informal.  It has geometrical features like the Patte d’oie (‘goose-foot’) - three radiating avenues ending in small buildings - but it also has a lake created from a stream and 'naturalised'.  The overall design 'pleasingly confounds, surprises, varies'.  As John Dixon Hunt says in The Figure in the Landscape (p96), the visitor, once walking down the main axis of the garden, was confronted with 'frequent openings that tempted to left and right; once such invitations to divert from the main avenue were accepted the windings and intricacies of the garden were quickly discovered.' 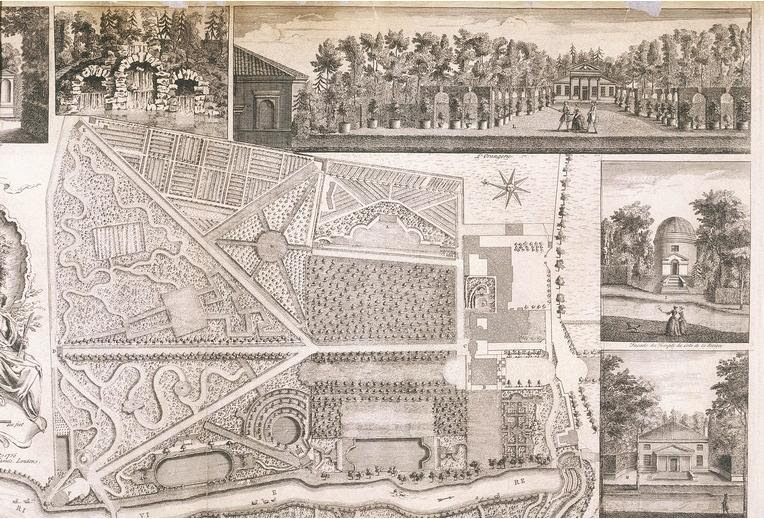 Finally, here are The Beatles in May 1966 performing 'Paperback Writer' in the gardens.  At the start you can see them at the exedra, a semicircular yew hedge which formed a backdrop to Burlington's copies of antique statues said to represent Caesar, Pompey and Cicero. The other main location is the conservatory, renowned for its camellias, designed by Samuel Ware in 1813, a forerunner of the famous glasshouses at Kew and Crystal Palace.

They couldn't go very far wrong, with Burlington and Kent cooperatively designing the gardens. But it took £12.1 million project to restore the gardens to their original C18th glory. Goodness... that is a lot of money!

The problem is, with huge crowds, how do you make people very welcome, but still control the damage they do to the gardens?

I just included a reference to your blog & to this particular posting on my blog It's About Time. Enjoy reading your good work. Barbara Wells Sarudy

Where is this located exactly and how to reach here from Kensington?