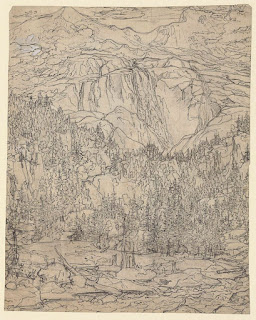 Last month the Evening Standard carried a headline saying that 'The British Museum just bought a drawing for £68,000'.  The article (illustrated with a later painting rather than the actual pen and ink sketch) explained that 'an 18th-century drawing by Austrian Romantic artist Joseph Anton Koch — forgotten for over a century until it was discovered by the Standard’s late art critic Brian Sewell – has been bought by the British Museum for £68,750.'  Following its sale at Christies, a temporary export ban was put in place.  This means that you can read online various government statements about it, including one from the Arts Minister himself: 'This striking study for Joseph Anton Koch’s most celebrated landscape shows why this leading Romantic painter was so highly regarded by British artists.' 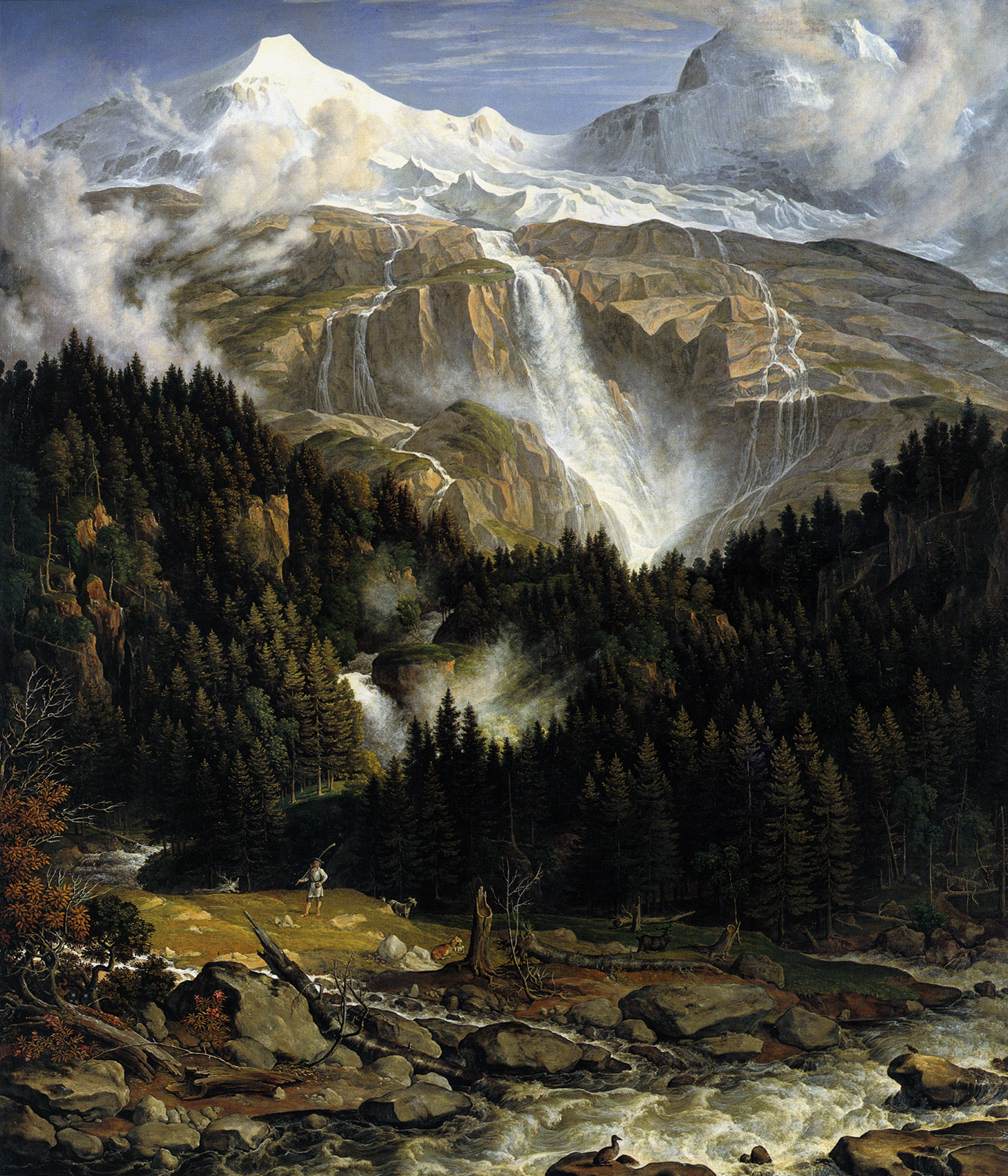 There is an Arts Council PDF of the expert's report, which discusses Koch's drawing in relation to the export ban Waverley criteria.  Here is its explanation of the particular significance in art historical terms of The Schmadribach Waterfall, which Koch developed into two oil paintings, one now in Munich, the other in Leipzig.


'Koch’s Schmadribach Waterfall fundamentally revised the previously accepted norms of landscape. Seemingly inspired by Albrecht Altdorfer’s Battle of Alexander (1529, Munich, Alte Pinakothek), he envisaged a panoramic ‘world landscape’ embodying the entirety of nature’s system as well as man’s place within it. Koch’s interpretation of Alpine scenery was more influential on the next generation of artists than the formulations of C.D. Friedrich or J.M.W. Turner. For example, Ludwig Richter (1803-84) paid direct homage to The Schmadribach Waterfall in his The Watzmann (1824, Munich, Neue Pinakothek).

I would love to know more about how Brian Sewell came upon this sketch.  The expert report notes only that 'the provenance of this drawing is unknown prior to its ownership by the well-known art critic Brian Sewell (1931-2015).'  A bit more information can be found in an article by Christies chairman Noël Annesley from the time of the posthumous sale:


'A notable discovery of Brian’s, and a demonstration of his flair for spotting rarities, is a meticulously drawn view from 1794 of the Schmadribach waterfall near Lauterbrunnen in Switzerland, a favourite subject of Joseph-Anton Koch. I do not know how it was previously described, but Brian recognised its authorship because of his interest in German Romantic art. This had been quickened many years before at the Courtauld, and then through visiting an extensive Arts Council exhibition in 1963 devoted to Koch and other members of the so-called Nazarene School which had previously been neglected in Britain.'

Looking at what else was on sale from his collection, I see there was a whole range of landscape sketches costing a lot less than £68,000.  If I'd had £10,000 to spare I might have been able to pick up a couple myself...  One can dream, although I have to admit that such valuable objects wouldn't really be safe in our house, where they would be at risk of being knocked off the wall during a lightsaber fight, splattered with Warhammer paint or hit by a flying emoji cushion.
Posted by Plinius at 6:53 am