When We Came To This Shore

Following a big survey of landscape and music in 2013 and similar but shorter posts in 2012, 2011, and 2010, I highlighted just four releases this time last year.  One of these, John Luther Adams' Become Ocean, has apparently been an inspiration to Taylor Swift.  Perhaps one of these four will be up her street too?  Each illustrates the way contemporary musicians are organising albums round a landscape idea or sense of place.  Of course I could have chosen others and have deliberately excluded some musicians whose work I have discussed here before - Richard Skelton, Rob St John, Simon Scott.  Feel free to suggest others in the comments below. 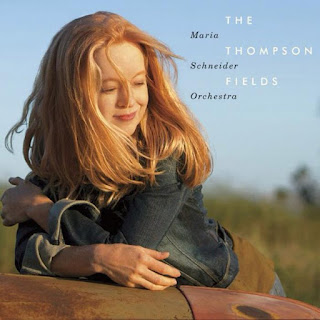 I'll begin with The Thompson Fields, an album for jazz orchestra by Maria Schneider which is named after farmland on the prairie where she grew up.  The Telegraph's review explains that 'the liner notes are an indispensable part of the experience, picturing the landscape and its wildlife through Audobon’s bird paintings and photographs of country lanes that to a British viewer look remarkably familiar – until you turn the page and encounter another image, which shows this landscape is on an altogether vaster scale.'  In an interview with extracts from the music at the NPR site she describes the region's great skies and spectacular weather.  'Maria Schneider, nature poet of jazz' she is called in a Boston Globe article.  It notes that 'The Monarch and the Milkweed' was 'inspired by the delicate relationship between the title butterfly and the host environment on which it depends.'  Asked about this tune she said “I pictured each soloist as a person walking through a landscape and commenting on it.”


Another widely-praised American album drawing on memories of a specific locale was Daniel Bachman's River.  As Pitchfork's review explains, 'he is a native of the northern Virginia city of Fredericksburg, near where the Rappahannock River winds out of the Chesapeake Bay.'  The album includes two cover versions, 'Levee' by Jack Rose and an old 1928 number by William Moore. 'Though divided by nearly a century, Rose and Moore both lived in the riverine area Bachman extols here; Rose grew up in Fredericksburg, and Moore used to cross the Rappahannock for work. Bachman treats their tales with the same familiarity and fondness he treats the land and his own life there.'  Bachman writes in the record's liner notes that the Rappahanock, 'divides north and south, mountain and bay and, at one point in time, it even separated two great armies.'  In the clip below from the NPR site you can see him playing a track from the album at Stratford Hall, the birthplace of Robert E. Lee.


Stefan Betke recorded seminal glitsch albums as Pole in the nineties but has been relatively quiet since.  He is now making music related to the walks he takes in the German countryside.  According to Boomkat his new album Wald 'breaks down to three movements: firstly a trio of tracks establishing and mirroring the forest's spatial intricacy via sparse, overgrowing electronics; secondly a trio of tracks focused on raw sounds - bird calls, rustling textures, woody drums and naturally discordant drones; followed by a 3rd and final section emulating nature's inherently psychedelic patterning in filigree yet barely harnessed matrices of echo, reverb and delay.'  Pitchfork think it 'may bring to mind Wolfgang Voigt's Gas project, whose foggy swirls of classical samples were inspired by the Black Forest and its role in German Romanticism. But the two artists' impressions of the woods couldn't be more different. Where Gas is either dark and claustrophobic or starlit and idyllic, Pole's Wald evokes porous thickets and branches stripped bare by the elements.' 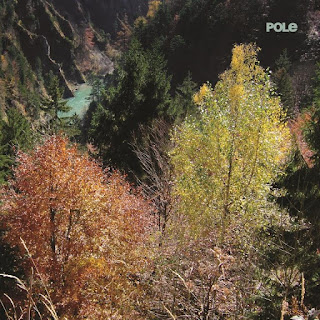 The other day in Somerset House I was listening to 'What Does the Sea Say?', a soundscape composed by Martyn Ware (ex-Human League) and reflecting on how many famous names from post-punk bands are now composing music inspired by the landscape.  John Foxx (once of Ultravox) is another, although he has now been working for many years in a psychogeographical vein, producing art and music on the theme of ruins and rewilding.  This year he released London Overgrown, based on an idea of London as future garden city that would incorporate The Hanging Gardens of Shoreditch, The Glades of Soho and a resurrected Vauxhall Pleasure Gardens.  A collaborative work also released this year, Codex, includes tracks like 'The Pleasure Of Ruins' and 'When We Came To This Shore'.  There is an interview at Metropolis/2520 with Foxx which mentions these albums and, although it's not strictly relevant, I will end here by quoting from this his lovely description of first hearing Erik Satie:

'I heard someone play the Gymnopédies one afternoon in the old lecture room at art school.  I can still picture the instant – early summer, big open doors, the view down the marvellous avenue of trees at Avenham, and that beautiful elegant music. It is perfect minimalism, with poise and tranquillity, like distilled civilisation in a few notes and a sound. I was transfixed. it seemed to alter everything. I’ve loved piano ever since. It really is my favourite sound in the world apart from a blackbird’s song.'

Andrew, given the nature of your blog (which I discovered recently) as well as the topic at hand, can I share something with you? I made this a couple of years ago with a friend, as a small side project: https://soundcloud.com/varkanslor/susurrus

Interesting as always. Wasn't aware of Stefan Betke's new direction so will check that out. Not really had a chance to think about this in huge detail yet but a few spring to mind:

Jürg Frey - 'Circles and Landscapes' going with the title here.

Barbara Monk Feldman - Soft Horizons (Just came across interesting piece on this which will tweet a link to shortly).

Grasscut - Everyone Was a Bird

Here's another one I could have included. I like the way it is described on tiny mixtapes (where you can also hear a soundcloud): '“Alluvial” is one of six tracks on Crater, the new album by Daniel Menche and Mamiffer (Faith Coloccia and Aaron Turner), which, according to Menche, was created using recordings of hikes the three took together. Funny how a simple nature walk can be like the birth and death of a universe. Laughing and pizza were also involved and rightly so; pizza being one of the highest achievements of civilization.'