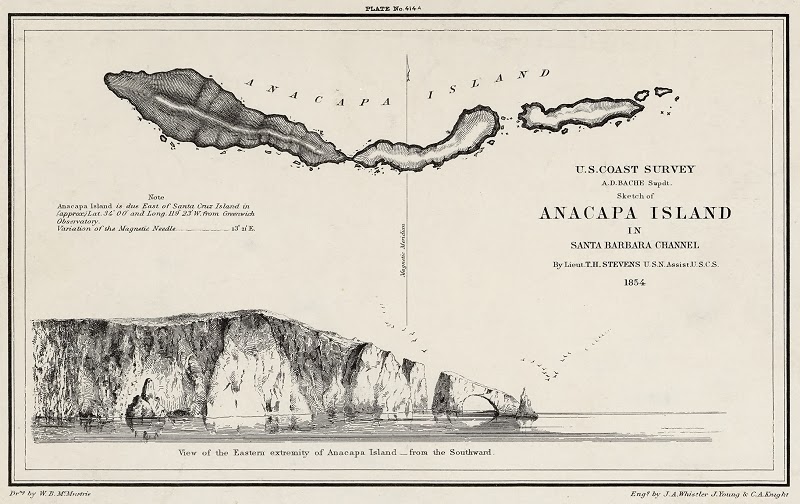 It could be said that we owe those vivid etchings currently on display in the Dulwich Picture Gallery's exhibition Whistler and The Thames to the United States Coast Survey, who employed the young artist as a draftsman on $1.50 a day for two months in the winter of 1854-5.  It was there that he made his first etching under the eye of a 'kindly, genial Irishman' Mr McCoy, as John Ross Key another young artist employed by the Survey recalled years later.  Whistler at that time 'was a slender young man of medium height, with dark, curly hair and a small mustache. A Scotch cap was set well forward over his eyes, and he wore a shawl of dark-blue and green plaid thrown over his shoulders, as was the fashion of the day. He was assigned to a room on the third floor, adjoining the one where I was employed as a draftsman, and we soon became good friends. It was reported about the office that Whistler had been at West Point, and that his disinclination to obey rules, chief of which had been his lack of promptness, had led to his retirement.'  Whistler did not readily appreciate the drier aspects of his new work and so 'when, after many trials, it was plain that he would not take to map-drawing, it was suggested that he might etch the little views of entrances to harbors that were then engraved upon the lower part of coast-maps' (Recollections of Whistler, Century Magazine, April 1908).

Key describes Whistler's first experiment in etching.  'I watched him with unabated interest from the moment he began his work until he completed it, which took a day or two.  At intervals, while doing the topographical view, he paused to sketch on the upper part of the plate, the vignette of "Mrs. Partington" and "Ike," a soldier's head, a suggestion of a portrait of himself as a Spanish hidalgo, and other bits, which are the charm of the work.'  These characters, contrasting oddly with the precise landscape below them, were drawn from a humorous story by Benjamin Penhallow Shillaber, the Life and Sayings of Mrs Partington (1854).  'I have heard it stated that he lost his position because of the drawings on this plate, but there is no foundation for this report. As I have explained, this plate was merely an experiment, intended as such.'  Key later found this plate and kept it, intending to return it to Whistler when he was in London, but they never managed to meet again.  The rocky coastline with its doodled characters can be seen in engravings made from this plate; the other sketch surviving from Whistler's time with the survey, showing Anacapa Island, is reproduced above.

Key's recollections of Whistler are disappointingly short of good anecdotes.  'He had no bad habits, and did not smoke. His manners were quiet and sedate ... and he was not interested in young ladies.'  His evident facility in portraying coastal features was not motivated by an enthusiasm to explore and understand the surrounding landscape.  It is easy to imagine here the future painter of Nocturnes, exercises in atmosphere and colour inspired more by the Japanese prints in Whistler's room than the precise topography of the river outside.  Key remembered that 'one of the draftsmen, an old Englishman, was then in the habit of taking long walks to sketch the woods and to fish in the streams near the city. I often went with him, and did my best to persuade Whistler to join us, but he could not be induced to make the exertion. He was the most indolent young man I have ever known.'

James McNeill Whistler, Nocturne in Blue and Silver: Chelsea, 1871
Posted by Plinius at 9:46 am