The winter sun shines in

Through the glass door
the winter sun shines in -
sickroom
- 1899 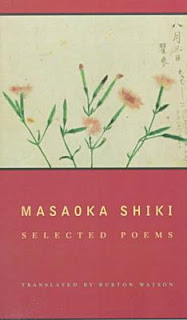 One of the most poignant books I know, Burton Watson's anthology of poems by Masaoka Shiki begins with haiku written in the summer of 1891 and ends with Shiki's death from tuberculosis at the age of thirty-four, just eleven years later.  He first showed signs of the illness in 1889 and his family and friends were convinced he would die when he suffered a severe hemorrhage on returning from the Sino-Japanese War, where despite his ill health Shiki had volunteered to work as a war correspondent.  From that time he was mainly confined to bed and could only concentrate on writing when the morphine he needed to relieve the pain took effect.  In December 1899 one of his disciples arranged to have glass installed in the sliding doors of Shiki's room, so that he could see out into the garden (glass was still rare in Japan).  His later haiku focus on what he could experience from his bed: apples on a table, sparrows among the pines, a winter moon seen above bare trees, the sound of scissors clipping roses. He writes of reaching the summit of Mount Fuji, but only in a dream. In his youth Shiki enjoyed baseball and took walking trips through different parts of Japan, but confined to the house, landscape is something he could only imagine by fusing memories and sense impressions: 'Summer grass - / in the distance / people playing baseball.'  Here is one of his last haiku: 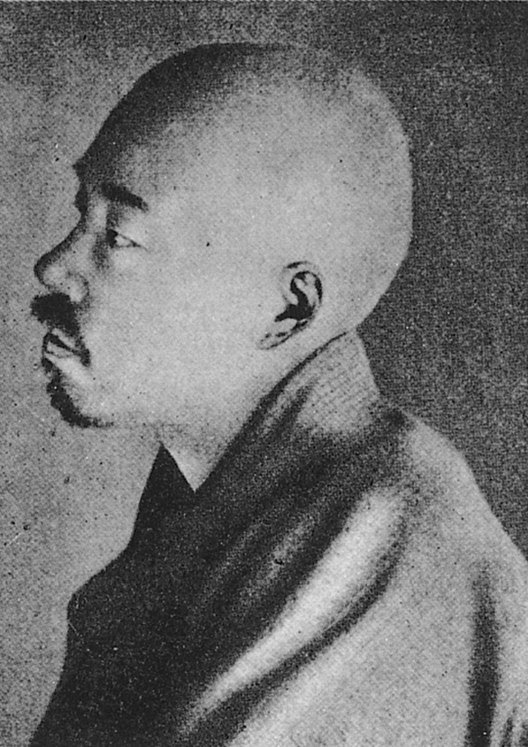