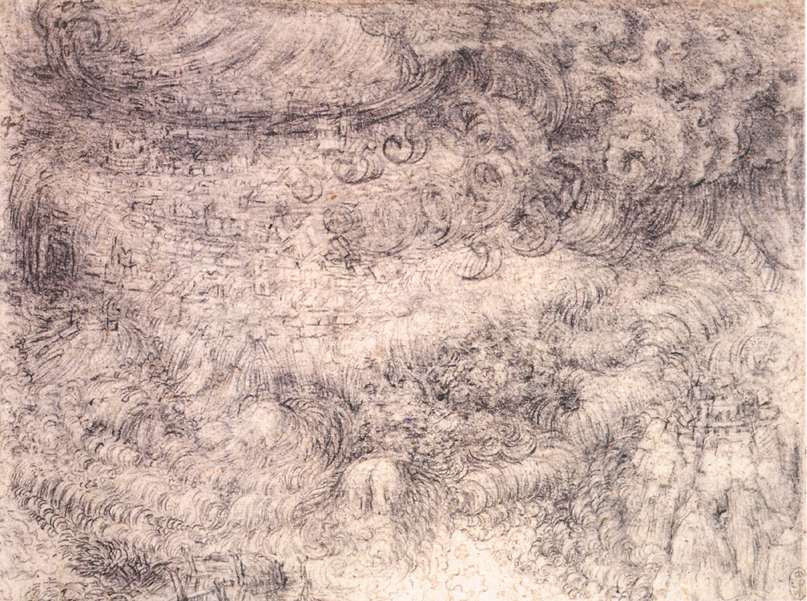 The V&A exhibition Leonardo da Vinci: Experience, Experiment and Design brought together some of the most inspiring pages from his notebooks, and actually animated some of them. It included one of Leonardo's Deluge drawings from the Royal Collection, described thus: 'Spiral cataracts of air, spray and dust wrench water and even rocks into the air, while a tree (which gives scale to the cataclysm) bends to breaking point as the storm approaches.' The drawing is set in the context of his scientific studies of motion, flow and natural forces. It is so much about the properties of the storm that it feels perverse to try to make sense of the Deluge as a landscape, but the power of the wind and water seem particularly real if you imagine them transforming the view of an actual place. 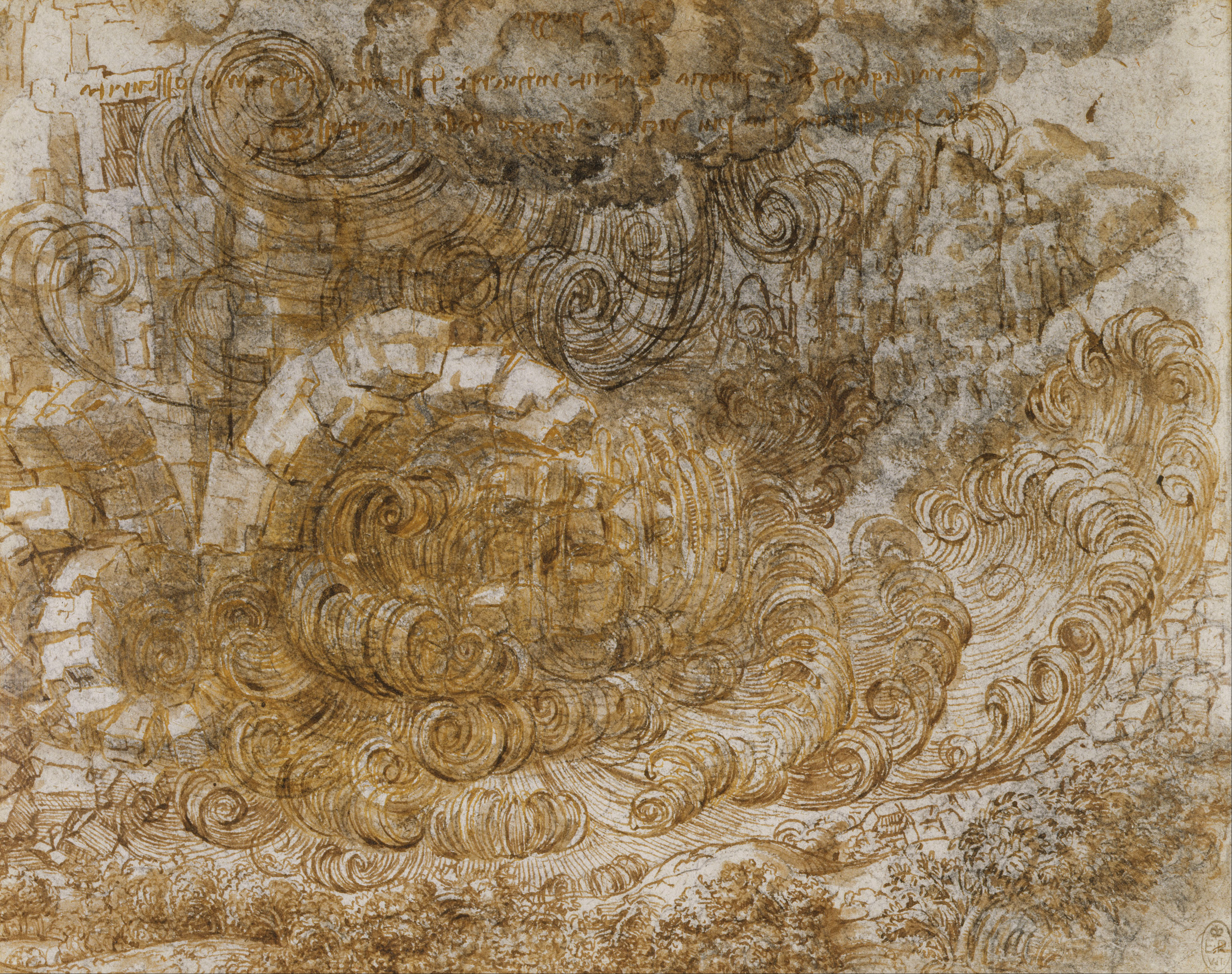 It made me think about where artists or writers have created landscapes of deluge. I recalled a Ray Bradbury story, 'The Long Rain' (1950), which is not about a storm but does describe perpetual heavy rain. It starts like this: 'The rain continued. It was a hard rain, a perpetual rain, a sweating and steaming rain; it was a mizzle, a downpour, a fountain, a whipping at the eyes, an undertow of the ankles; it was a rain to drown all the rains and the memory of rains. It came by the pound and ton, it hacked at the jungle and cut the trees like scissors and shaved the grass and tunnelled the soil and moulted the bushes...' Bradbury's science fiction story is set on 'the rain world of Venus', which by the time he wrote it was a poetic idea rather than a scientific possibility.
Posted by Plinius at 2:39 pm