What soever delightfull view the Eye takes pleasure in 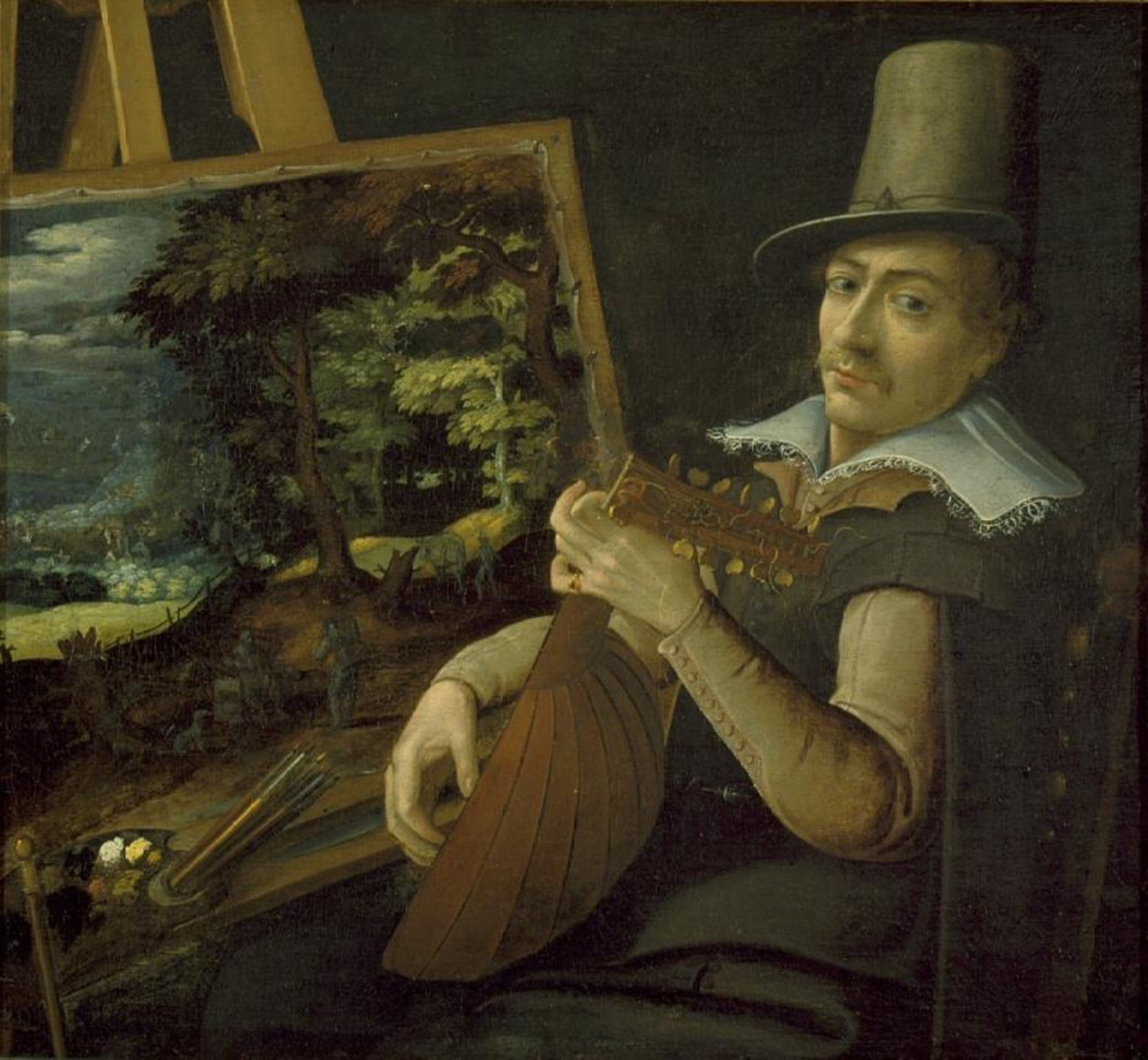 Edward Norgate's Miniatura; or The Art of Limning, composed probably in the late 1620s and revised two years before his death in 1650, contains an interesting early account of landscape painting.  Landscape, he writes, is 'an Art soe new in England, and soe Lately come a shore, as all the Language within our fower Seas cannot find it a Name, but a borrowed one, and that from a people that are not great Lenders but upon good Securitie, the Dutch'.  And in addition to giving us the word 'landscape', the Dutch (Flemish) provided the best examples of this new kind of art: 'viz. Paulo Brill, a very rare Master in that Art, Liveing in Trinita del Monte in Rome and his Contemporary, Adam Elshamer, termed by the Italians Diavolo per gli cose piccole [a devil for little things], Momper, Bruegel, Coningslo, and last but not least Sir Peter Rubens, a Gentleman of great parts and abilities (over and above his Pencill) and knighted by the best of Kings or Men.' 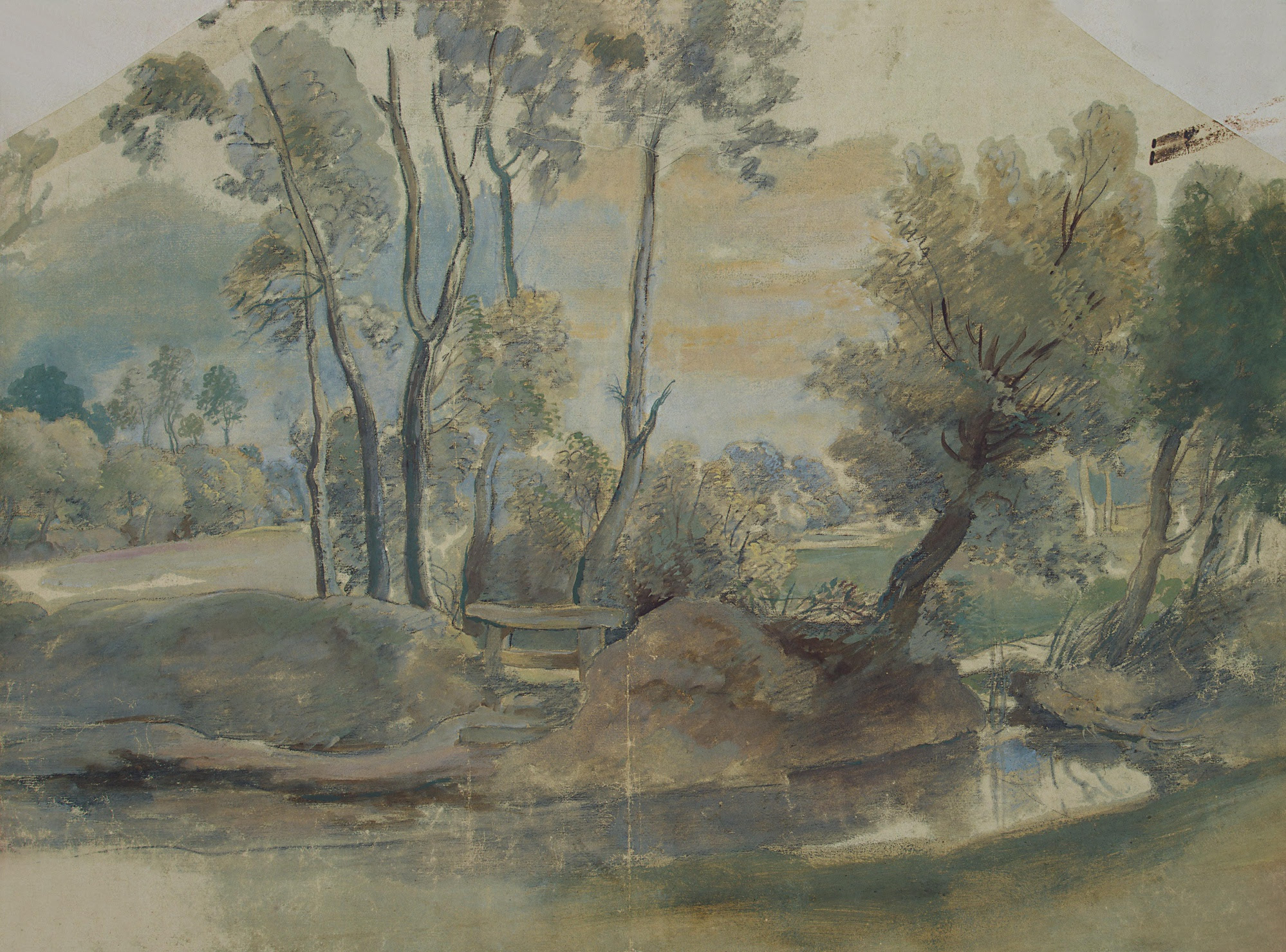 Rubens was actually knighted twice, by both Philip IV of Spain and Charles I of England, but we can safely assume Norgate was referring to the latter since he was the King's adviser on art.  He started out as a calligrapher and limner and may have worked in the studio of Nicholas Hilliard.  Subsequently, as the editors of Art in Theory explain, 'he was to earn his living as a cultured civil servant' and became a herald at the College of Arms.  His knowledge of Flemish landscape painting would have come partly from visits to the Low Countries on behalf of the King and the Earl of Arundel, who were each building up great art collections.  Norgate defined 'landscape' as 'nothing but a picture of Gli belle Vedute, or beautifull prospect of Feilds, Cities, Rivers, Castles, Mountaines, Trees or what soever delightfull view the Eye takes pleasure in.'  The examples he gives suggest a taste for what later writers would see as aspects of the Sublime: inaccessible mountains, precipices and 'Torrents about the Alpes that with a roaring noise make hast to breake their necks from those fearfull Rocks into the Sea'.  In earlier times such scenes had been used only to set off the figures in history painting or in 'filling up the empty Corners'.  But this new art, though 'a Noveltie', was 'yet a good one, that to the Inventors and Professors hath brought honour and profit.' 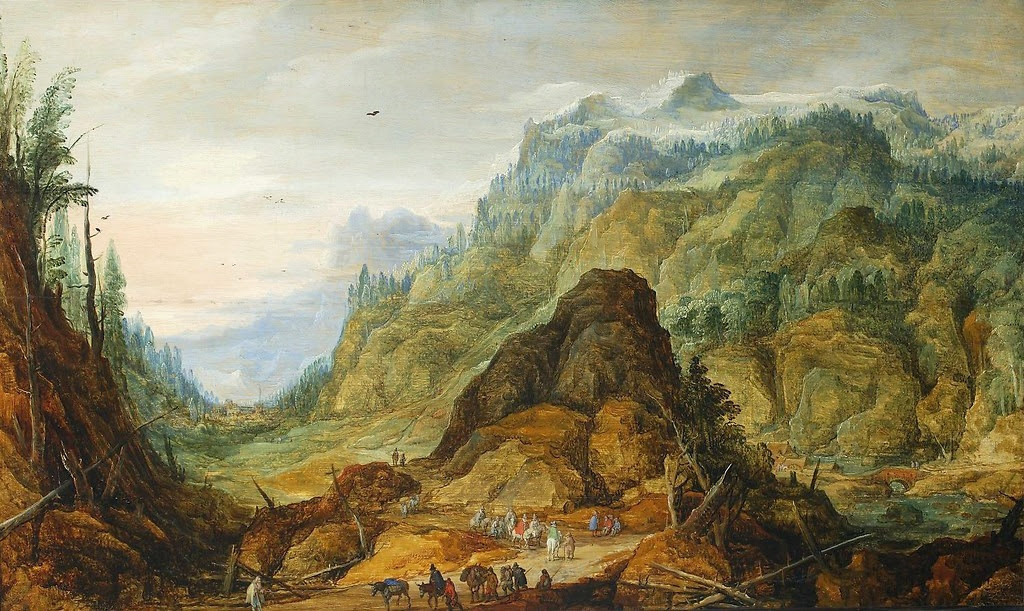 I will conclude here with the story Norgate says he heard abroad about the creation of the very first independent landscape painting:


'A Gentleman of Antwerpe being a great Liefhebber [Lover of Art] returning from a long Journey he had made about the Countrey of Liege and Forrest of Ardenna, comes to visit his old friend, an ingenious painter of that Citie, whose House and Company he useually frequented. The Painter he finds at his Easill - at worke - which he very dilligently intends, while his newcome friend, walking by, recountes the adventures of his long Journey, and with all what Cities he saw, what beautiful prospects he beheld in a Country of a strange Scitiation, full of Alpine Rocks, old Castle, and extrordinary buildings &c. With which relation (growing long) the prompt and ready Painter was soe delighted as, unregarded by his walking friend, he layes by his worke, and on a new Table begins to paint what the other spake, describing his description in a more legible and lasting Character then the others words. In short, by that time the Gentleman had ended his long Discourse, the Painter had brought his worke to that perfecton, as the Gentleman at parting, by chance casting his eye that way, was astonisht with wonder, to see those places and that Countrey soe lively exprest by the Painter as if hee had seene with his eyes or bene his Companion in the Journey.' 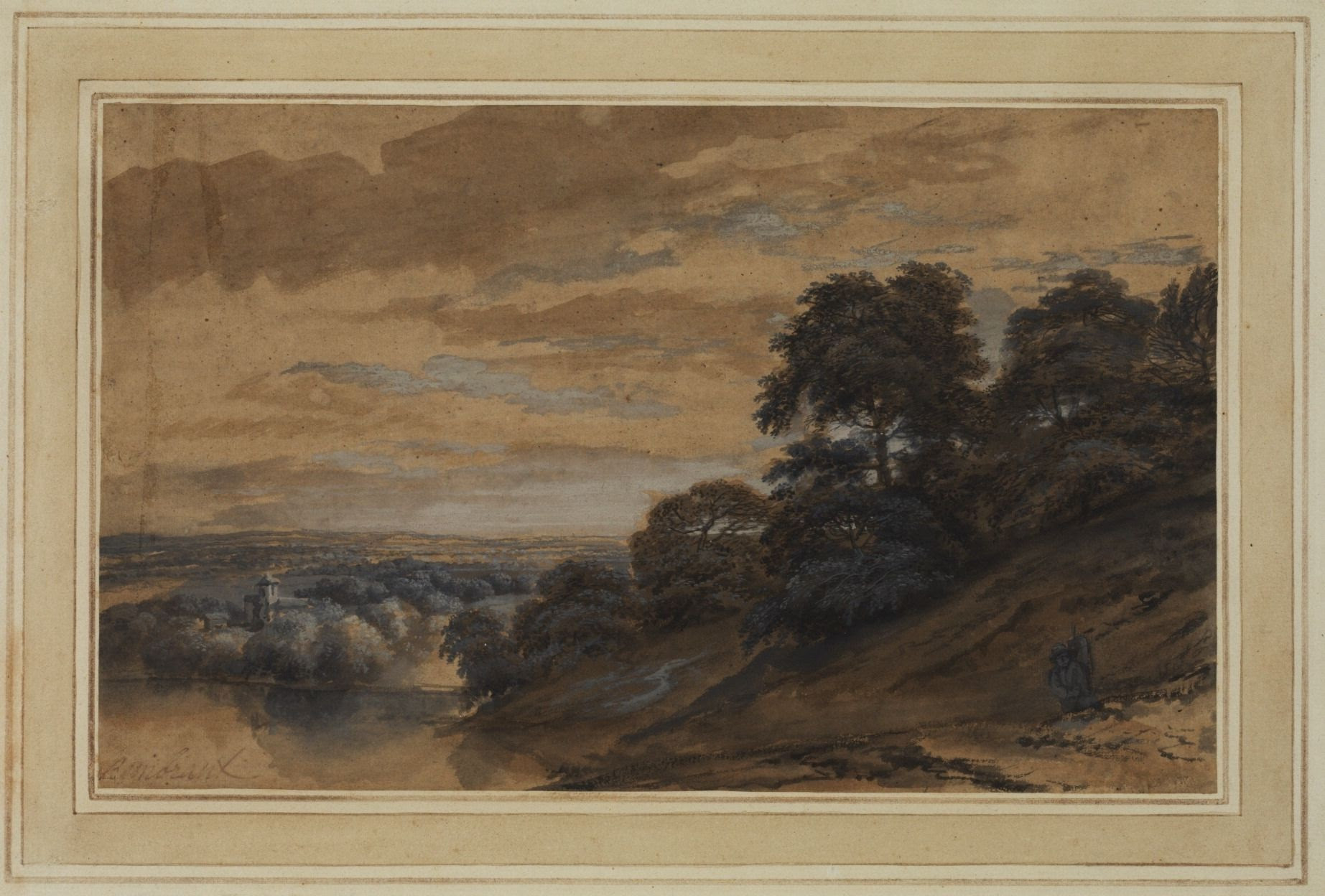 Adam Elsheimer, Landscape with Wayfarer, unknown date
Posted by Plinius at 10:11 am