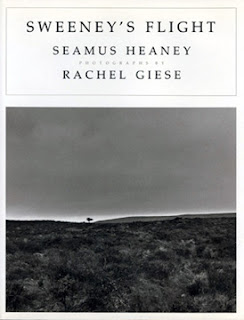 Seamus Heaney's first foray into translation, Sweeney Astray, published thirty years ago, was a version of Buile Shuibhne, which survives in seventeenth century manuscripts but probably written five hundred years earlier.  It tells the story of an early seventh century Irish king driven mad by the curse of a priest after the battle of Mag Rath (Moira), who wanders for years in the wilderness, lamenting his fate and composing poems in celebration of nature.  I find it tempting to read this not just as a version of the Wild Man legend, but as a distant memory of a real poet of landscape; there is a ninth century law tract mentioning stories and poems composed by Suibhne Geilt and another fragment that may be older which includes a nature poem attributed to him.  Kenneth Hurlstone Jackson’s wonderful anthology A Celtic Miscellany features several extracts from Buile Shuibhne alongside other early Irish nature poetry, remarkable for its freshness. He says that 'comparing these poems with the medieval European lyric is like comparing the emotions of an imaginative adolescent who has just grown up to realise the beauty of nature, with those of an old man who has been familiar with it for a lifetime and is no longer able to think of it except in literary terms.'  It was reading Jackson's book that first got Seamus Heaney interested in the Sweeney story. 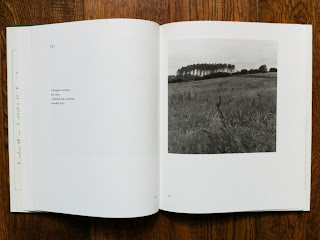 When Heaney began work on Sweeney Astray his instinct was 'to snatch certain moments of definition and intensity out of their place in the story and to present them as lyric poems in their own right.'  I am glad he didn't, because it is good to read the vivid descriptions of nature in their context: the stanzas praising 'all the trees in Ireland', for example, are prompted by Sweeney's feelings of homesickness, brought on by the bellow of a stag, and they give way to memories of his flight from the battlefield, overtaking a startled fawn and riding him from mountain to mountain on 'a high demented spree.'  Nevertheless, for Heaney 'the hankering to skim off certain favourite lines persisted' and when he saw the photographs Rachel Giese had taken around Sweeney's old kingdom of Dal-Arie, he finally felt 'emboldened to snip lyric leaves off the old narrative boughs.'  The result was a collaboration, Sweeney's Flight (1993) that intersperses their photographs and poetry, as well as including a full and revised version of Sweeney Astray.  My copy above is turned to a page with a few words uttered by Sweeney when he is about to leave Ailsa Grag, a bleak island in the outer Firth of Clyde, and is longing for the consolation of woodlands.  'I imagine treelines / far away, / a banked-up, soothing / wooded haze.'
Posted by Plinius at 11:46 am