Hill and Ploughed Field near Dresden 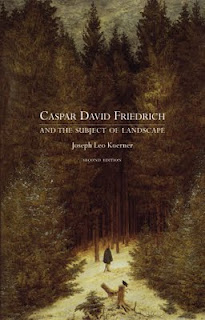 The best landscape art book of 2009?  Possibly the new edition of Caspar David Friedrich and the Subject of Landscape by Joseph Leo Koerner, first published in 1990.  Written in three parts, the first, 'Romanticizing the World', begins by addressing the reader directly as "you" and imagines an encounter with Friedrich's Trees and Bushes in the Snow (1828), and the last discusses Friedrich's motif of 'The Halted Traveller'.  (Recollection of these aspects of the book were behind my reference to Friedrich in Monday's post on The Hundred Thousand Places). In between these parts there is a fascinating discussion of Friedrich's Cross in the Mountains (1807-8): 'Art as Religion'.  The new edition closes with an Afterword reflecting on the difficulty in researching Friedrich's landscapes before and immediately after the fall of the Berlin Wall: in order to reach Rügen, Koerner had to use photocopied pre-war maps.

I think it is a superb book which, among many other things, clearly demonstrates the radical nature of Friedrich's art.  Not that anyone should need this pointing out... consider for example his Hill and Ploughed Field near Dresden, below  Rather than paint the prospect of a sunlit city, Friedrich obscures the view with a hill.  As Koerner points out, 'Friedrich's foreground has the uncanny effect of inverting the whole geometry of landscape painting's vision... instead of plunging into depth our eye is always caught and doubles back to what lies close at hand, there to find the commonplace (earth, grass and trees) estranged and unfamiliar.' 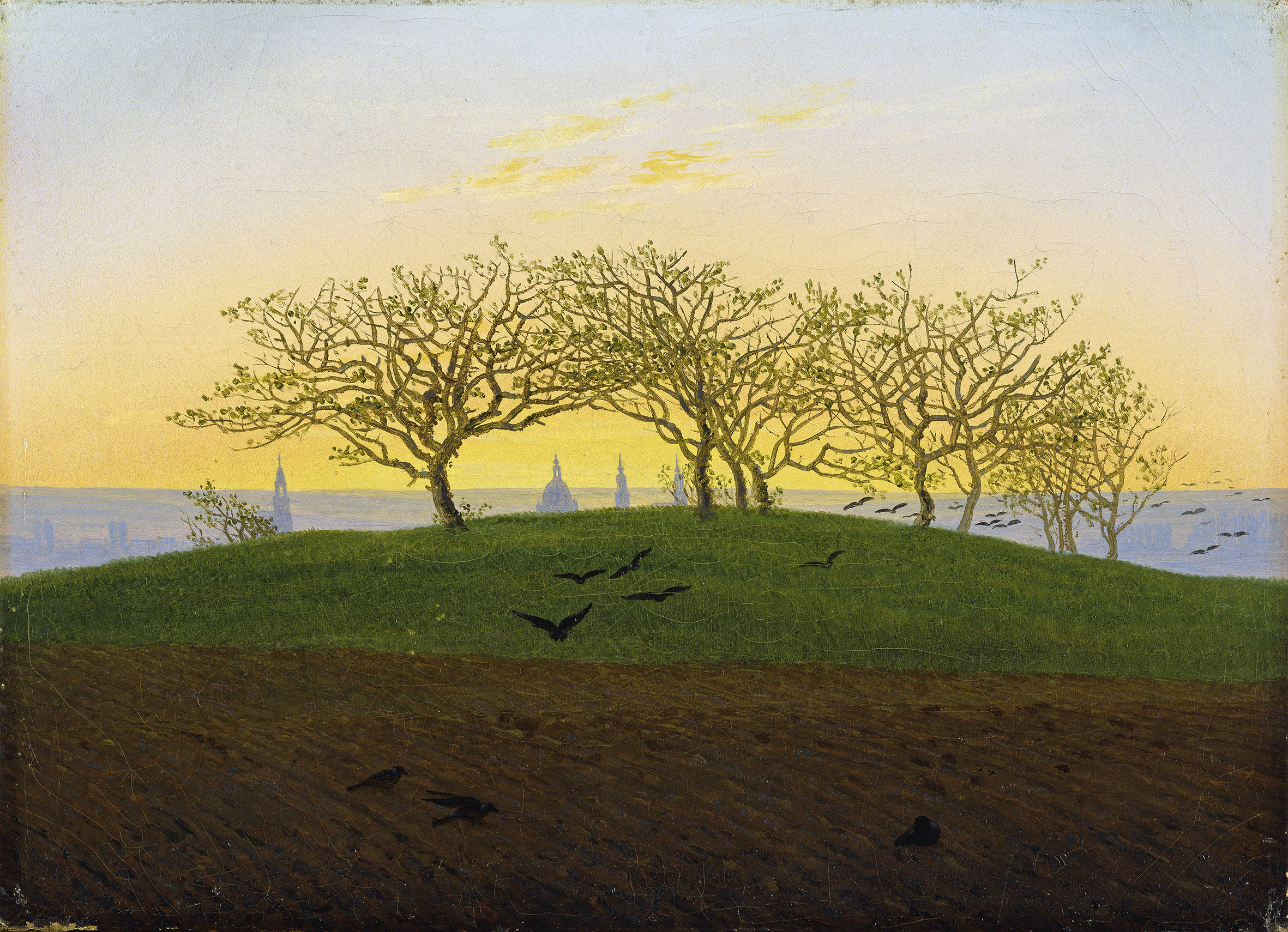 A less beautiful but equally arresting example of what might be called the obstructed landscape is Friedrich's The Churchyard, where a wall and gate is positioned up against the picture plane, obscuring our view of the church beyond.  These paintings illustrate just one way in which Friedrich sought to eradicate the middle ground from his compositions.  In some of his most famous canvases the landscape lacks both middle ground and background, and we are left with nothing beyond the foreground except (as Julia Schopenhauer put it, writing in 1810) the 'unfathomable expanses'. Have you seen the surreal landscapes of Ged Quinn, who in some of his works intertwines allusions to Friedrich with modern political/historical imagery? (see Cross in the Wilderness and The Ghost of a Mountain).