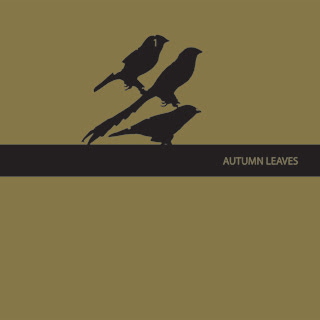 Gruenrekorder's Autumn Leaves is a really good survey of current work in environmental soundscape composition and it can all be dowloaded for free from their website.  It ranges from the pastoral to the decidedly anti-pastoral, as exemplified by two of Ari Koivumäki '100 Finnish soundscapes':
Among other recordings of most interest in the context of this blog (i.e. which seem closest to 'landscapes', broadly defined) are Lasse-Marc Riek's 'Storm' and 'Waves' recorded in Boltenhagen, Germany in 2007; Charlie Fox's 'Four Wild Places' in Canada (open prairie, wetlands, rainforest and the transition zone between foothills and mountain); and Robert Curgenven's 'Silent Landscape No. 2' - 'nightfall by a riverside camp near Wollumbin (Mt Warning), walking in dry grass, the sharp call of a single insect emerges...'

How important is to know where such sounds have been recorded?  It depends, but some of the compositions are specifically about their sites, such as Peter Cusack's 'Chernobyl Dawn' and 'Chenobyl Frogs' - beautiful Arcadian soundscapes which belie their source. He writes: 'Since the nuclear catastrophe of April 26 1986, and in complete contrast to human life, nature at Chernobyl is thriving. The evacuation of people has created an undisturbed haven and wildlife has taken full advantage. Animals and birds absent for many decades – wolves, moose, black storks – have moved back and the Chernobyl exclusion zone is now one of Europe’s prime wildlife sites. Radiation seems to have had a negligible effect. The increase in wildlife numbers and variety means that the natural sounds of springtime are particularly impressive. For me the passionate species rich dawn chorus became Chernobyl’s definitive sound.  Chernobyl is also famous for its frogs and nightingales. Nighttime concerts were equally spectacular.'
Posted by Plinius at 10:08 am