In May the days were pink like Egyptian stamps 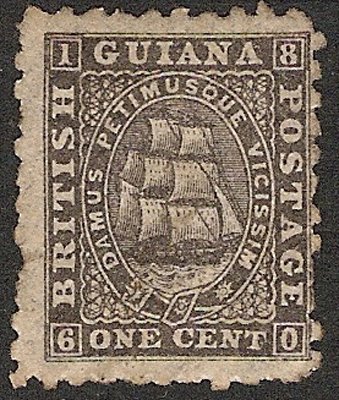 'In May the days were pink like Egyptian stamps', writes Bruno Schulz in Sanatorium Under the Sign of the Hourglass. 'There sailed across the sky the great corvette of Guiana, exploding with all its sails... Then the scenery changed in the sky: in massed clouds three simultaneous pink eclipses occurred, shiny lava began to smolder, outlining luminously the fierce contours of clouds (Cuba, Haiti, Jamaica), and the center of the world receded, its glaring colors became deeper. Roaring tropical oceans, with their azure archipelagos, happy currents and tides and equatorial and salty monsoons made their appearance. With the stamp album in my hand, I was studying the spring. Was it not a great commentary on the times, the grammar of its days and nights?' (trans. Celina Wieniewska) 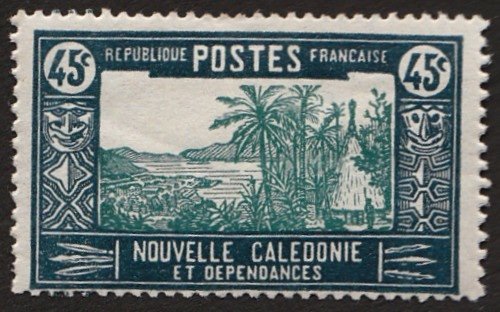 The power of stamps to transport a child's imagination and transform the landscape around them may have dwindled since this was written about eighty years ago. Nevertheless, when I used to collect stamps from the French colonies like this one from New Caledonia, I loved them both as small windows onto distant lands and images of a past that no longer existed. Looking back, it is actually quite surprising how recently some of these stamps could have been used - decolonisation had only taken place since the War and these understated monochrome drawings had only relatively recently been replaced by an effulgence of all kinds of images in full colour.  The view of the Sahara shown below is by Henry Cheffer, an engraver (related to Rodin) who specialised in stamps, and dates from 1936. It gives a feeling of the quiet mystery contained in these ephemeral but collectible objects. 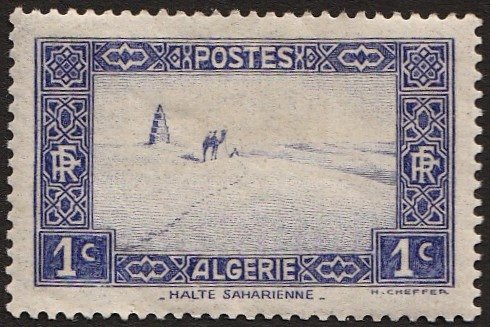 Thank you so much for this its beautiful.

It seems strange that, whilst the French were happy to celebrate landscape on the postage stamps of France proper as early as the 1920s , it was not until 1964 that landscapes featured on UK stamps. The British were as responsive to the landscape as early as the French. So why the delay? Could it be that the British loved monarchy more than landscape and did not wish to be distracted from the Crown and its symbols until the 1960s?