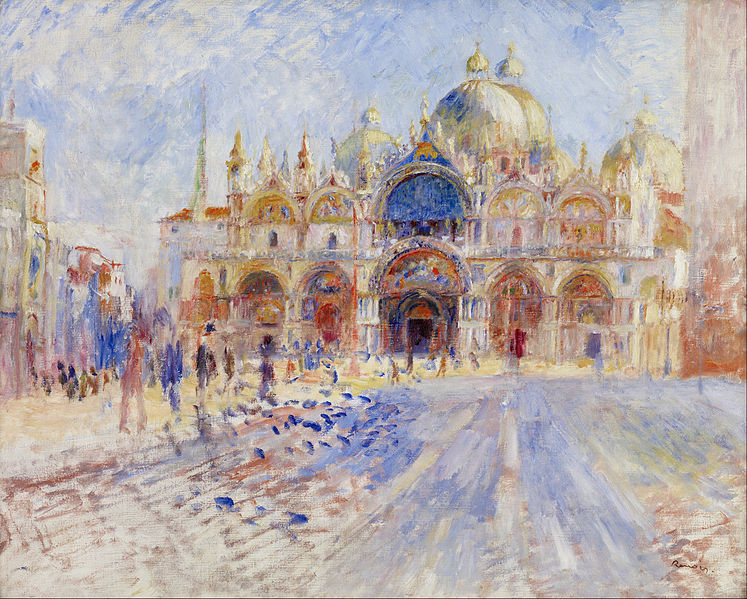 Some artists seem hard to like initially, but you grow to appreciate them over time: Rubens for example. With others, the praise given them always remains mystifying. For me, Renoir remains the one Impressionist that I’ve never been able to fathom. The best I think I can say for him is that the scenes in his paintings can evoke a sense of their time and that the brushwork can give a pleasing sense of wind blurring the foliage and light shimmering over people’s clothes. I was therefore only mildly intrigued by the idea of the National Gallery’s Renoir Landscapes exhibition, and not sufficiently interested to want to pay to see it (especially at the unbelievable price of £12). Fortunately I have the chance of getting in free, but I’m still hesitating. Might the exhibition be so poor that the opportunity cost of attending is too high, even though the actual cost is nothing? The reviews are not exactly encouraging...

Brian Sewell (whose views I do not normally agree with) is pretty persuasive in his review, which includes some marvelous invective that I can’t resist quoting: ‘In restricting the exhibition to landscapes, these directors and their appointed curators have dealt Renoir an almost mortal blow. Most of these landscapes are appalling... Smudge, smear and ineptitude is the best that can be said of them; greasy too, and occasionally dollopy, for Renoir's handling of paint in these landscapes is often physically repellent. The kindest thing that the curators could have done for his reputation would have been to abort the exhibition when they realised how dire and dreadful it would be; that they did not, suggests that such a realisation dawned on not one of them, nor on their associated essayists, nor on their directors, none of whom, it seems, has the slightest eye for quality. Had LS Lowry set out to forge a late Utrillo, he could not have matched the sheer nastiness of Renoir's Piazza San Marco, Venice, of 1881...’ And so it goes on!
Posted by Plinius at 1:57 pm