The Cliffs at Étretat

The Royal Academy’s exhibition, ‘The Unknown Monet’, generally avoids oil paintings and focuses on pastels and drawings, which form a small but interesting part of the artist’s oeuvre. The drawings are not particularly striking but there are several pastel landscapes which are worth seeing, with similar qualities to Monet’s Impressionist paintings. For example, Waterloo Bridge, Fog (1901) which is barely more than a haze of grey and turquoise, executed in pastels, is as atmospheric as the unfinished painting Charing Cross Bridge (c1900), with its curls of pink smoke that unfurl like flowers, pointing forwards to Monet’s pastel-like water lily paintings, two of which are positioned opposite it in the exhibition.


In 1885 Monet drew several pastel landscapes of the rocks at Etretat which have a Symbolist feel to them, enhanced by the medium and choice of colours: dove grey and fading purple. Evening light softens the rock formations and illuminates the sea. The exhibition describes Etretat, the Needle Rock and Parte d’Aval as reflecting ‘his introspective mood. This unique vertical scene framed by shadows and cloud, with the famous ‘needle’ and rock arch beyond, is sombre and slips into reverie.’ Although some of the well-known oil paintings made at Etretat resemble these pastels, others, like The Cliffs at Etretat (below) are quite different, full of the sparkling light of Impressionism. 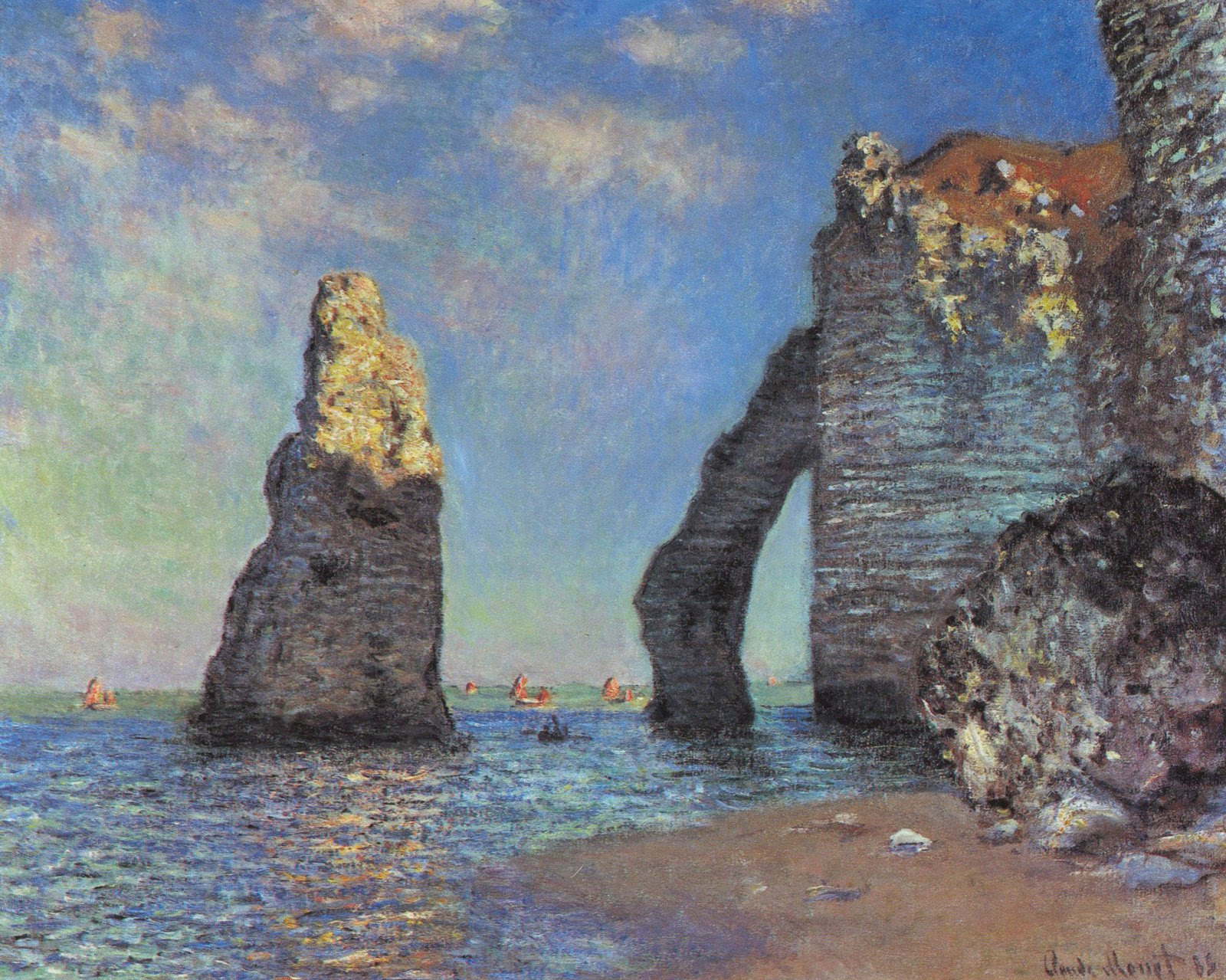 Incidentally, Etretat is one of those landscapes that have been seen as a challenge to artists. The Royal Academy site notes that: ‘Etretat had already been painted by both Delacroix and Courbet; Monet in fact owned a Delacroix watercolour of the area. The Courbet retrospective at the Ecole des Beaux-Arts in 1882 featured a group of Etretat seascapes. Monet visited Etretat in 1883 with plans to create his own Normandy seascapes: “I reckon on doing a big canvas on the cliff of Etretat, although it’s terribly audacious of me to do that after Courbet who did it so well, but I’ll try to do it differently.”’
Posted by Plinius at 3:22 pm

This is a very interesting review of The Cliffs at Etretat painting.
Thank you.

what is this called in french?