In his book Colour and Culture John Gage discusses the way in which a few artists of the Romantic period strove to paint unusual forms of the rainbow. There are double rainbows by Constable, a parhelion by Cotman (in a drawing of 1815) and a lunar rainbow in a landscape by Caspar David Friedrich (1808). Depicting strange atmospheric effects could have appealed either as a form of scientific naturalism or as a means of heightening the mood of sublime landscapes. Given the opportunity they afforded for examples of artistic virtuosity, it is perhaps surprising that examples of these strange rainbows are relatively rare. However it is consistent with the sense that mere ‘accidents of light’ did not really have a place in classical landscape painting (as was indicated by Joshua Reynolds in his fourth Discourse). Nevertheless, rainbows in general were frequently used, retaining some of their symbolic value from earlier periods of art. Turner was perhaps the most prominent exponent and his Buttermere Lake, Cumberland, a shower of 1798 is just the first landscape with a rainbow that he exhibited. It shows the rare white fog bow. 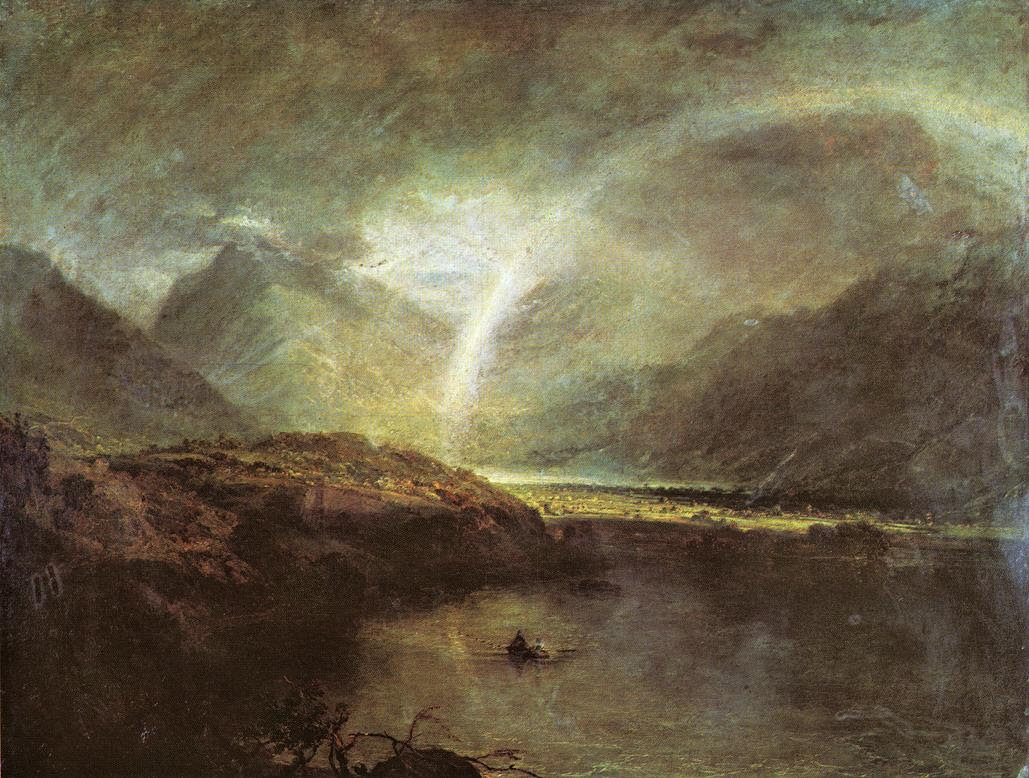