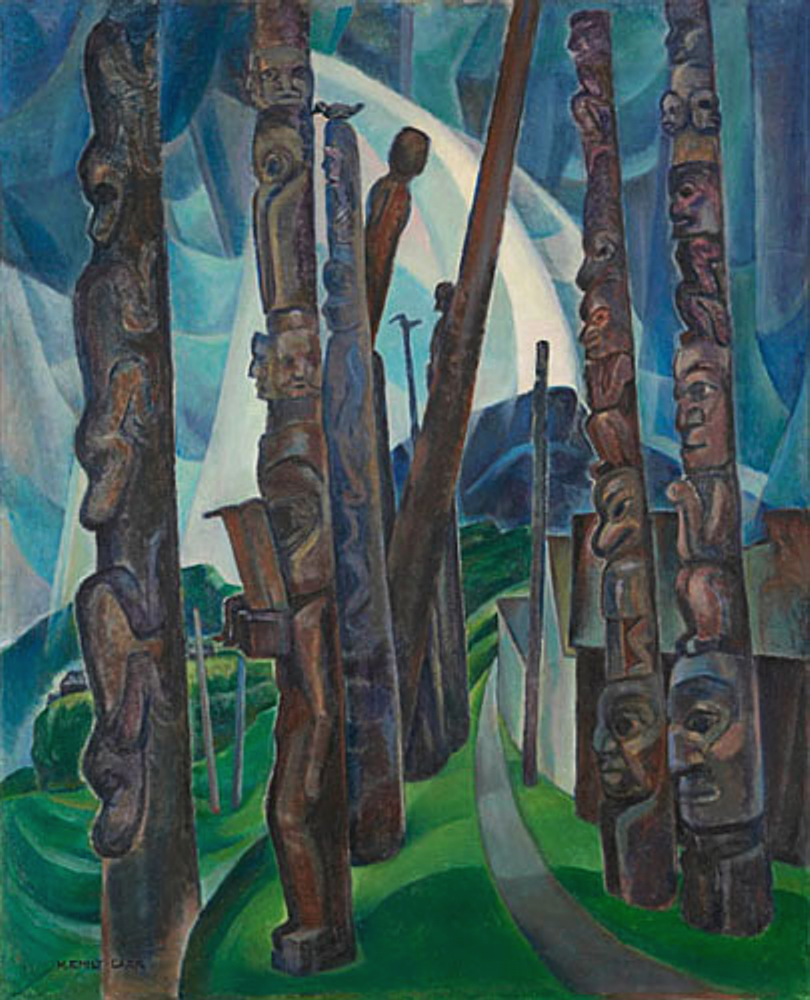 'Emily Who? Outside Canada, no one’s ever heard of Emily Carr, the iconic landscape painter whose remarkable career spanned the first half of the 20th century.'  This is the Telegraph's Richard Dorment introducing the Dulwich Picture Gallery's current exhibition, 'From the Forest to the Sea: Emily Carr in British Columbia'.  If, as he and other reviewers have pointed out, her paintings are underappreciated here in Britain, her award-winning memoir Klee Wyck (1941) may be even less well known.  This book brought Carr belated public attention at the end of her life and helped shape the image of her for Canadians: 'the intrepid pioneer woman who fearlessly travelled into the wilderness, lived among the native people, recorded their lives and, more to the point, portrayed the spirit of the land they inhabit.' (Karen Wright).  Its text is freely available at Project Gutenburg and I am including below an extended quotation from Chapter 13 which shows how prose allowed Carr to capture the sounds and smells of the landscapes she went out to sketch.


'Jimmie, a Haida Indian, had a good boat, and he agreed to take me to Cha-atl, so he and his wife Louisa, Maria and I all started off in the boat. I took my sheep dog and Louisa took her cat.

We made a short stop at a little island where there were a few totem poles and a great smell because of all the dogfish thrown up on the beach and putrefying in the sun. Then we went on till we got to the long narrow Skidegate Inlet.

The tips of the fresh young pines made circles of pale green from the wide base of each tree to the top. They looked like multitudes of little ladies in crinolines trooping down the bank.

The day was hot and still. Eagles circled in the sky and porpoises followed us up the Inlet till we came to the shallows; they leaped up and down in the water making a great commotion on both sides of our boat. Their blunt noses came right out of the water and their tails splashed furiously. It was exciting to watch them.

It took Jimmie all his time in the shallows to keep us in the channel. Louisa was at the wheel while he lay face down on the edge of the boat peering into the water and making signals to Louisa with his arms.

In the late afternoon, Jimmie shut off his engine and said, "Listen."

Then we heard a terrific pounding and roaring. It was the surf-beat on the west coast of Queen Charlotte Islands. Every minute it got louder as we came nearer to the mouth of the Inlet. It was as if you were coming into the jaws of something too big and awful even to have a name. It never quite got us, because we turned into Cha-atl, just before we came to the corner, so we did not see the awfulness of the roaring ocean. Seamen say this is one of the worst waters in the world and one of the most wicked coasts.

Cha-atl had been abandoned a great many years. The one house standing was quite uninhabitable. Trees had pushed the roof off and burst the sides. Under the hot sun the lush growth smelt rank.

Jimmie lowered the canoe and put Billy, the dog, and me ashore. He left the gas boat anchored far out. When he had put me on the beach, he went back to get Louisa and Maria and the things. While I stood there that awful boom, boom, seemed to drown out every other thing. It made even the forest seem weak and shivery. Perhaps if you could have seen the breakers and had not had the whole weight of the noise left entirely to your ears it would not have seemed so stunning. When the others came ashore the noise seemed more bearable.

There were many fine totem poles in Cha-atl - Haida poles, tragic and fierce. The wood of them was bleached out, but looked green from the mosses which grew in the chinks, and the tufts of grass on the heads of the figures stuck up like coarse hair. The human faces carved on the totem poles were stern and grim, the animal faces fierce and strong; supernatural things were pictured on the poles too. Everything about Cha-atl was so vast and deep you shrivelled up.

When it was too dark to work I came back to the others. They were gathered round a fire on the beach. We did not talk while we ate; you had to shout to be heard above the surf. The smell of the ocean was very strong.' 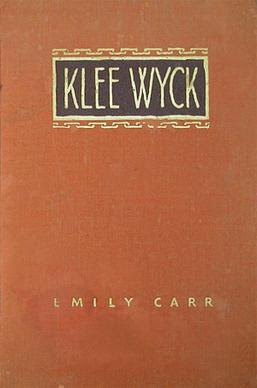