This time last year I wrote a lengthy (for this blog) survey of landscape and music in 2013 (following similar but shorter posts in 2010, 2011, 2012).  Here due to pressure of time I will revert to something much less ambitious and highlight just four releases, beginning with the winner of the Pulitzer Prize, Become Ocean, by John Luther Adams.  I wrote a post about Adams here in 2010 and last year I mentioned a recording of his composition Inuksuit.  The Pulitzer jury described Become Ocean as 'a haunting orchestral work that suggests a relentless tidal surge, evoking thoughts of melting polar ice and rising sea levels.'  In a New Yorker review of its première, Alex Ross explained that it has the structure of a palindrome.  'One mystery of Become Ocean is how different the material often sounds during the second half of the palindrome. The section after the first climax is thick with minor chords, particularly in the brass. Somehow, as these chords loom again during the buildup to the final climax, they take on a heavier, more sorrowful air. There is a sense of unwinding, of subsiding, of dissolution. I thought of Matthew Arnold’s “melancholy, long, withdrawing roar,” and also of the line that the earth goddess Erda utters in the Ring: “Everything that is, ends.”'


J.M.W. Turner has been hard to avoid in 2014.  I've not yet got myself to a cinema to see Mr Turner but did write here recently about the Late Turner exhibition and the Turner-inspired colour experiments of Olafur Eliasson.  In last year's music round-up I mentioned Burkhard Stangl's Unfinished. For William Turner, painter and this year I can refer you to Robert Curgenven's album Sirène, which includes a track referencing the famous story of Turner strapped to the mast in a snow storm (an episode recreated in Mike Leigh's film).  Rob St. John thinks a 'comparison might be made between Turner and Curgenven in the way that their work evokes – in texture, tone and colour – abstractions of the natural world: in this case the power and unpredictability of the sea.'  The track itself sounds foggy and eerie to me rather than tempestuous and chaotic - a long drone based on recordings of the pipe organs of Cornwall's coastal churches.  In the clip below you can hear some of the opening piece from Sirène, although the footage was shot not in Cornwall but at Lake Mungo in New South Wales, making a connection with Curgenven's new LP recorded in remote parts of Australia, They Tore the Earth and, Like a Scar, It Swallowed Them.


Michael Pisaro is another American composer I did a post on here four years ago and his new work Continuum Unbound (3 CDs  in a box, with an essay) is reviewed in the latest Wire Magazine. Kingsnake Grey is a field recording of sundown in the Congaree National Park, providing a temporal interpretation of a landscape.  Congaree Nomads by contrast moves across the land from Cedar Creek to the Congaree River.  It is made up of 24 three-minute field recordings but these are overlaid with 'instrumental fogs' - bowed percussion instruments that can  be quite hard on the ear.   Anabasis is 'a composition in 72 parts for five musicians, loosely based on four kinds of materials: Sand, Wind, Tone and Wave'.  It begins quietly with what might be the rustle of something moving through undergrowth, but soon gathers strength until it starts to sound like an oncoming 'weather bomb' (a phrase we heard repeatedly on the news this week).  Overall the segments making up this piece are quite abstract, with no direct relationship to the landscape of the Congaree National Park.  You can read a detailed review on Brian Olewnick's Just Outside blog. 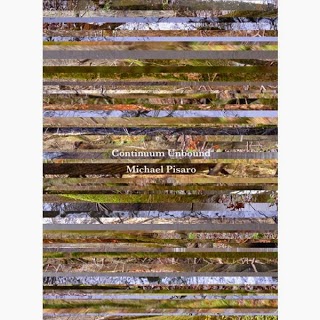 The new end-of-year Wire Magazine also reviews a Wist Rec compilation of music inspired by Richard Mabey's classic The Unofficial Countryside.  Seven tracks span a range of approaches: Ruhe combine birdsong, electronics and piano, Ian Hawgood includes samples of human voice, Sub Loam (who featured in my 2011 survey) evoke hedges, ditches and weeds with a sound that Sukhdev Sandhu describes in his review as a kind of 'junkyard improv, a dream collaboration between The Clangers and Pierre Schaeffer'.  The Unofficial Countryside comes as a collectable package, with 'Pierre-Emmanuel Tendero's moody photographs, all encased in a wooden box that reproduces, in hand-burned fashion, the pylons on the cover of the book's most recent edition'.  As Sandhu points out, this might seem 'at odds with a book dedicated to landscapes that are messy, sprawling and fertile', although I suppose it is consistent with the idea that such spaces are as valuable in their own way as wild landscapes.

It is increasingly clear each year that any survey of 'landscape' music is also a survey of its accompanying essays, photographs, videos, artwork, hand crafted packaging, maps, instructions and found objects.  Whether the notion of ambient 'soundtracks' to books will take off with mainstream publishers I am not sure, but some of them are starting to offer music as part of the package (a 10" record is planned to accompany Melissa Harrison's second novel In Hawthorn Time, due out next year).  Psychogeography in particular seems to lend itself to the notion of a soundtrack - Gareth Rees put together a mix for his book Marshland: Dreams & Nightmares on the Edge of London, aiming to convey 'that blend of industrial and pastoral noise, the late night raves, the raucous birds, the unrelenting drone of the city and the eternal lapping of the dirty river.'  I will end here by recommending another mix Gareth has curated, the Unofficial Britain Soundtrack 2014.  It opens with the sound of  Howlround's Torridon Gate, an album entirely based around the wrenching metallic sounds of suburban garden gate... It would be quite hard to imagine anything more different to John Luther Adams' Become Ocean.
Posted by Plinius at 2:09 pm