Dawn over the Gulf 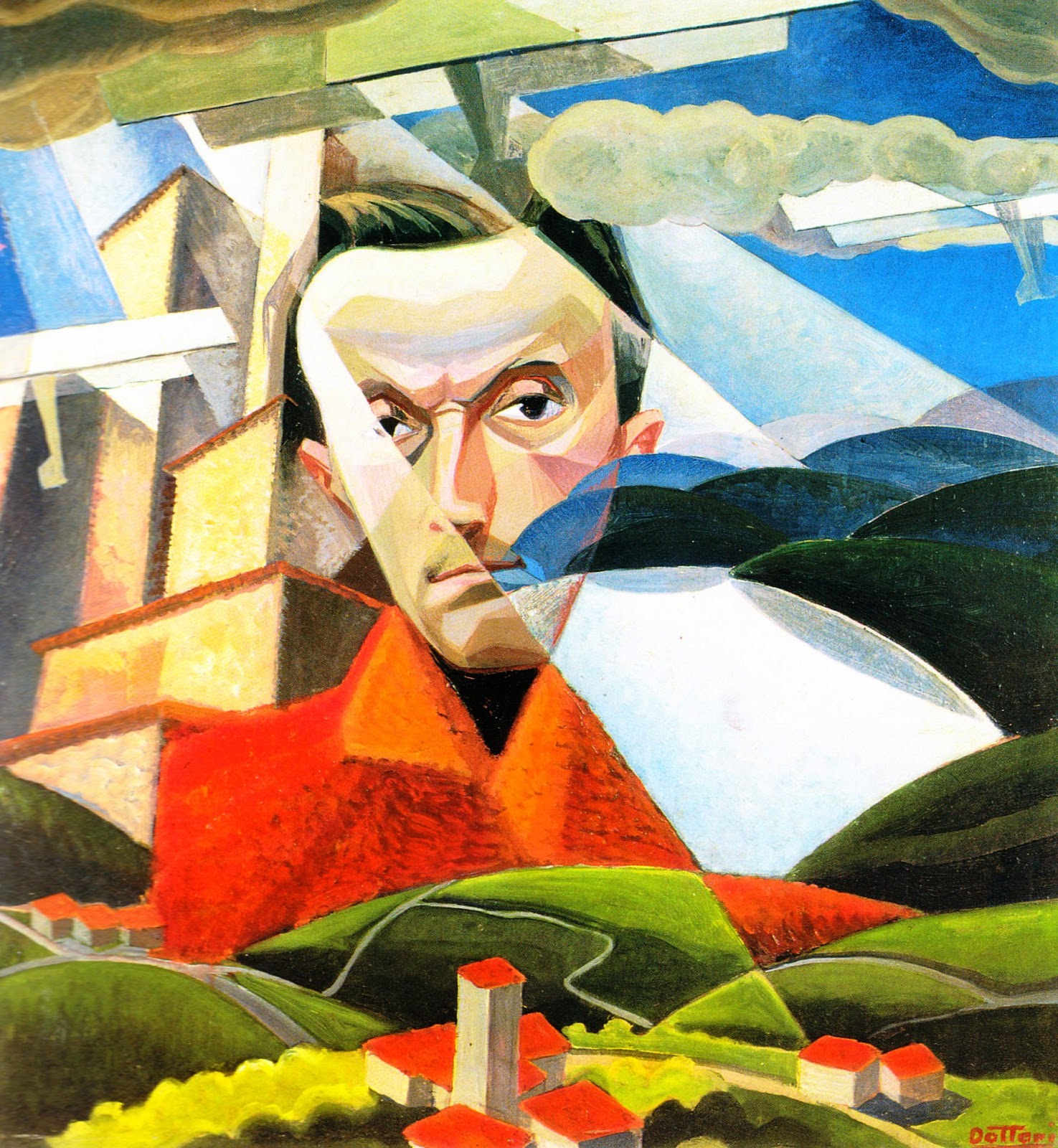 This summer at the Estorick Collection you can see a thought-provoking exhibition of aerial landscapes in Gerardo Dottori: The Futurist View.  Dottori was born in 1884 and his early work encompassed Divisionism (Trees of the Wood (1906), where dabs of paint capture the effect of dappled light) and Symbolism (Triptych of the Trees - The Survivors (1909-10), with its dark forms set against an extraordinary swirling sky in green, grey and sulphurous yellow).  He first started painting in a Futurist style around 1912 but really came to prominence in the late twenties as a leading exponent of aeropittura, modernist painting inspired by the speed and motion of flight, celebrating the role of the pilot and depicting the landscape far below in new ways. 'To fly,' he wrote in 1931, 'means to open and to ventilate the imagination.'  At this time the aeroplane was increasingly identified with war and the kind of bombing visited on Guernica, but Dottori developed a spiritual vision in which there is no sign of this destructive power.  Instead the curvature of the earth is exaggerated and rooftops, wooded hills and deep blue lakes are stretched into idealised forms. 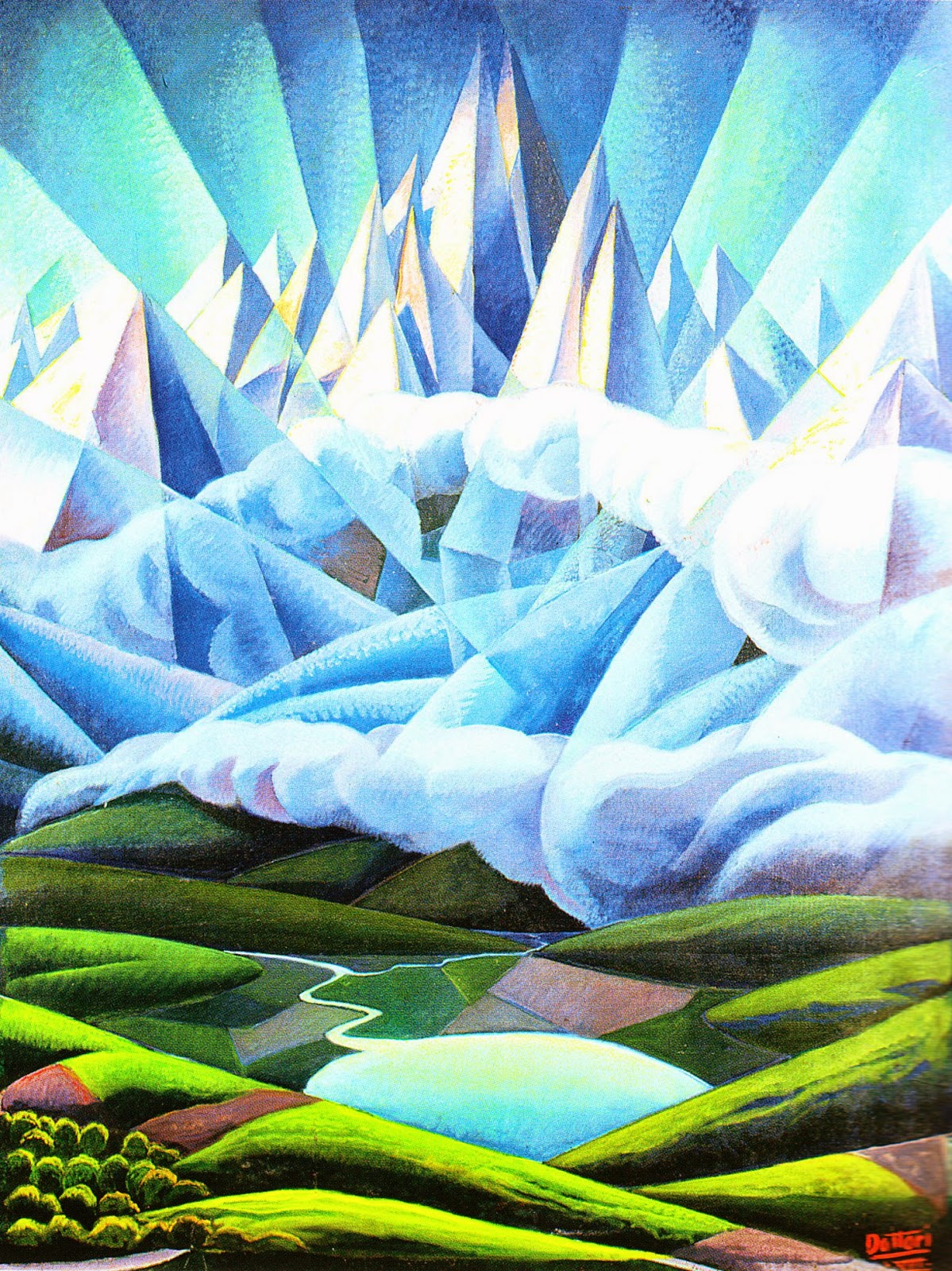 Dawn over the Gulf (1935), Umbrian Lake (1942), Lake-Dawn (1942), Umbrian Spring (1945)...  paintings like these formed a body of work which for all their abstract qualities were intended to celebrate a particular landscape.  In Dottori's 'Umbrian Manifesto of Aeropainting', he described himself as 'a passionate Umbrian who adores his land.'  According to Massimo Duranti, writing in the exhibition catalogue, Dottori's 'aspiration was to transform the terrestrial landscape into paradise by placing it outside time and space, and by elevating it towards the sky - the opposite approach to that of the Umbrian Renaissance painters, who had pulled the sky down to the ground.'  This paradise has no signs of modern life: actual people are invisible from so high up.  Place is reduced to space and then expanded so that we are no longer simply looking into a picture plane.  Dottori saw circles and gentle ascending curves in the Umbrian landscape that suggested the possibility of this all-embracing view.  'I compel viewers to place themselves with me in the centre of the aeropainting in order to dominate it and experience its totalitarian envelopment' ('e viverla nella sua rotondità totalitaria').  Art historians have taught us to see the elevated perspective as an expression of power and Dottori's language certainly sets alarm bells ringing.  Having recently read Lucy Hughes-Hallett's biography of D'Annunzio, The Pike, I found it hard to view this exhibition without wondering how far the paintings expressed strains of mystical idealism that were being exploited by the Fascists. 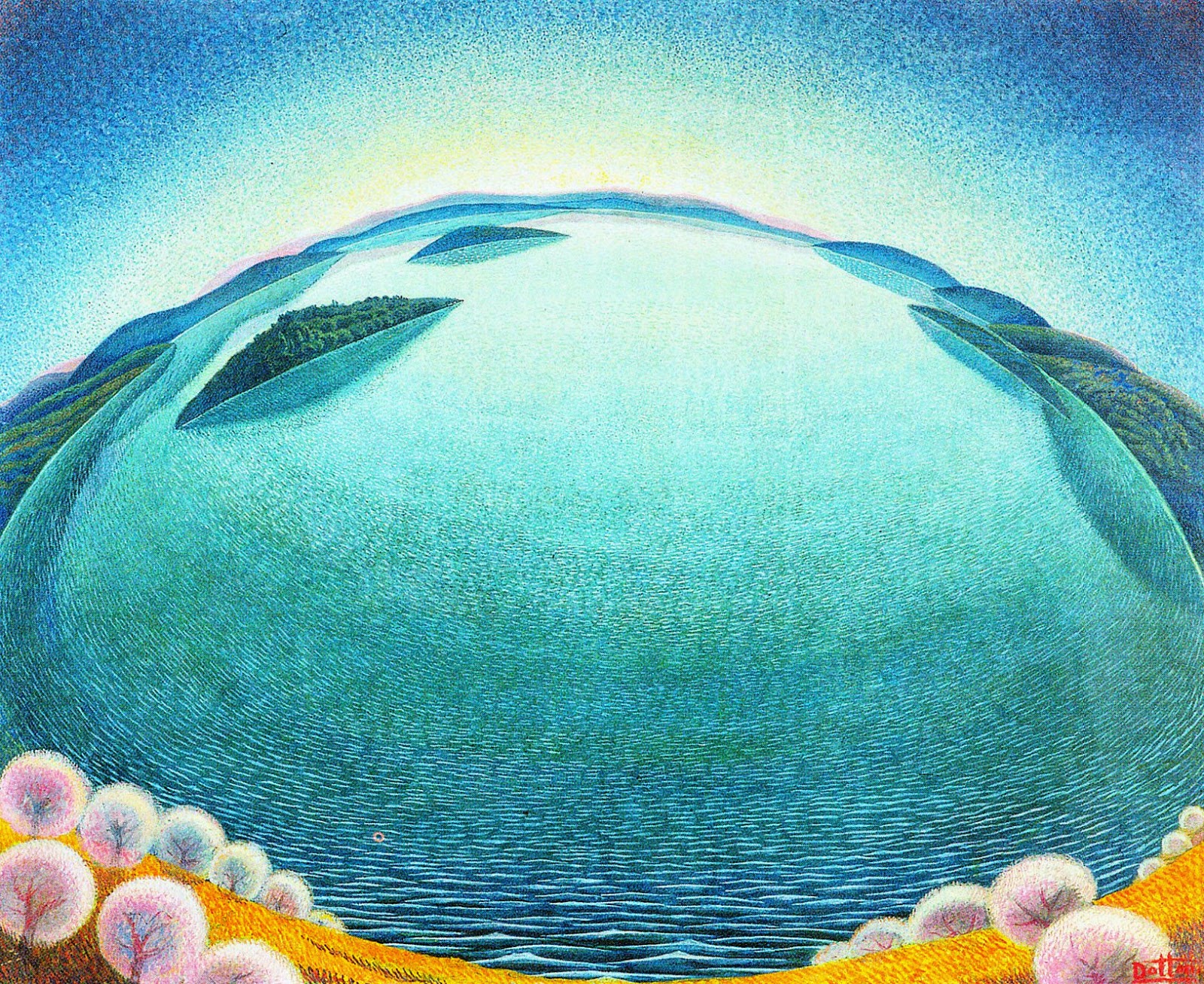 In the exhibition catalogue Massimo Duranti is keen to focus on the paintings rather than the wider politics of Futurism.  'One must briefly consider here the relationship between Dottori and Fascism, which has been analysed in great detail on many occasions,' he writes (this extensive analysis will not be familiar to many British readers I suspect).  He goes on to say that whilst Dottori 'painted a number of apologetic works for the regime', his adhesion to Fascism 'may be described as 'dispassionate' and not uncritical on occasion.'  Duranti complains that some critics still equate Fascism and Futurism ('expecially in the United States') and of course he is right that this would be too reductive, not least because any equation would need to factor in a third term: Flight.  'Flying and Fascism' is discussed at some length in Robert Wohl's wonderfully illustrated book, The Spectacle of Flight, where he quotes Mussolini: 'Flying must remain the privilege of an aristocracy; but everyone must want to fly, everyone must regard flying with longing'.  The Futurist obsession with flight begun before the First World War but became central to its painting poetry in the thirties (the exhibition includes a portrait of poet Franca Maria Corneli, author of L’aeropoema futurista dell’Umbria, 1943).  Dottori's continued to produce aerial landscapes after the war, less experimental as he grew older and less dependent on the idea of flight.  In paintings of Lake Trasimeno from a high vantage point he was returning to views he had first seen as a youth during excursions into the local mountains, long before he knew what it was like to pass over it in an aeroplane. 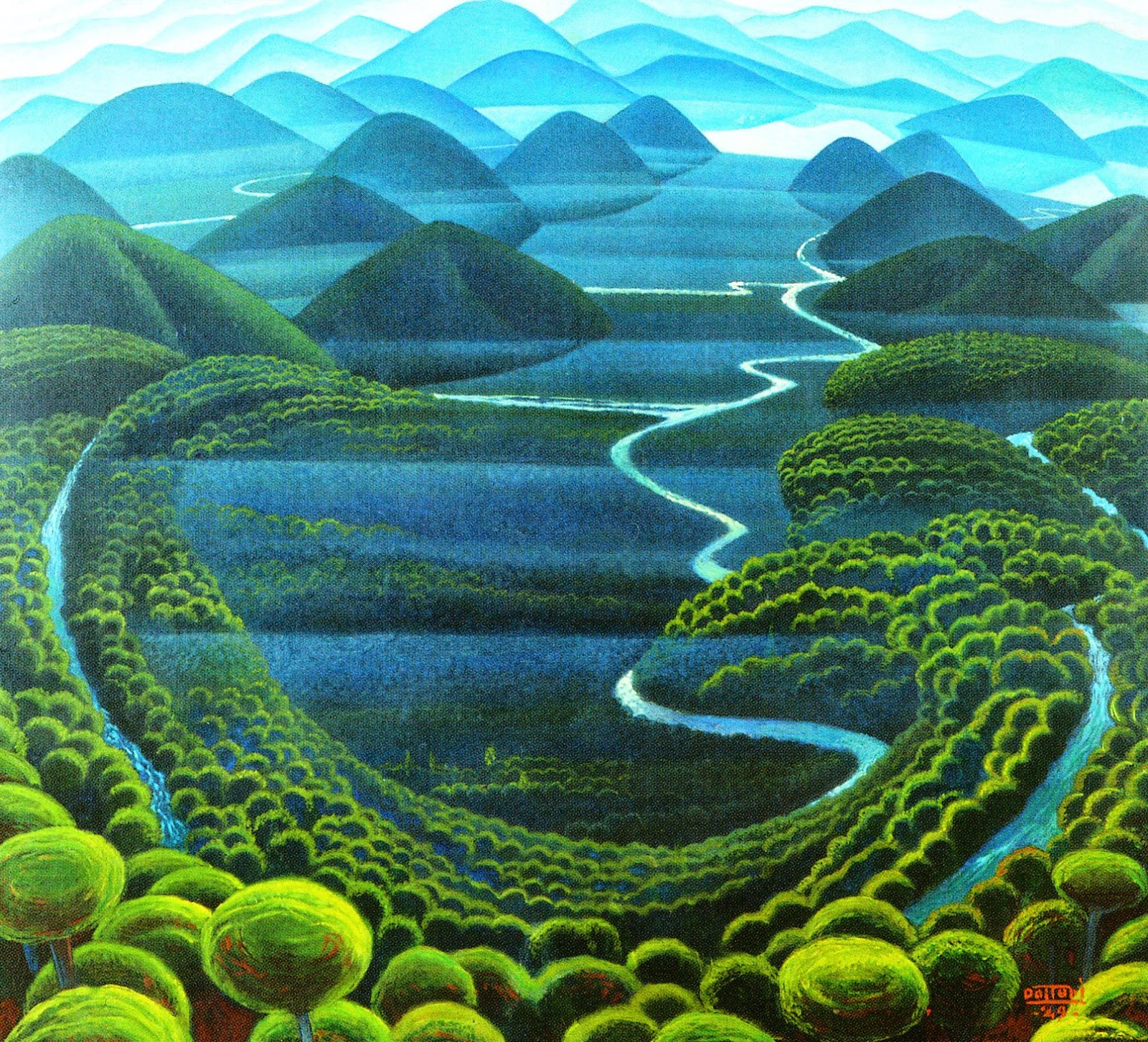