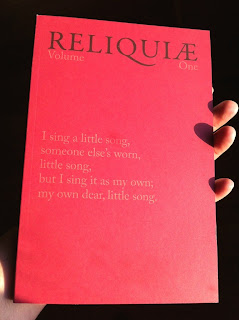 Reading this new Corbel Stone Press journal I was fascinated by a selection of short extracts from Fluss ohne Ufer (Shoreless River), a novel by Hans Henny Jahnn that has yet to be fully translated into English.  The article, 'Landscape as the Origin of Music' is a collaboration between editor Richard Skelton and translator Noor de Winter and touches on 'birch trees, music and the "artist-as-listener"'. Richard told me he encountered Noor de Winter's translation project through a blog post that draws a parallel between the music he makes out in the landscape (see my earlier post 'Threads Across the River') and the way Jahnn's character draws inspiration from nature.  flowerville is an impressively erudite blog (today's post is a quotation from Hans Blumenberg on the impossibility of grasping existence through metaphor), written in brief, fragmentary prose that leaves a lot unsaid: "jahnn writes in the april chapter that he got the idea for his music from the pattern of a bark of birch, materials which he used to start making a fire. He did set this pattern for a pianola and later for other instruments. the birchpiece is called dryad-quintet."  So is this Jahnn or his fictional character?  Does this composition actually exist outside the fragment given in Shoreless River?

Despite my lack of German I couldn't resist getting an old yellow hardback copy of Fluss ohne Ufer out of the British Library to see if I could piece together anything more from the novel itself.  It was easy enough to find the musical notation Noor de Winter includes on her post, but I soon realised Jahnn's text was just a river of words to me.  I'm left therefore with what is contained in Reliquiae - here for example is how the character Anias is described as having the idea for composing music from the harmonies to be found in birch bark.  'In the following days I worked in wonderful simplicity on a new piano roll.  Ever-changing interpretations braided themselves into each other, appeared like a deluge of strange harmonies, suddenly dissolving, falling apart to lamenting antiphonies.  Other pieces of bark became the basis for the composition having no end.  My obsession went so far that I derived different and oppositional temperaments from my archive of birch bark.  Because I had no instrument with which to bring this composition to a recital, I reworked my sketches to a complete score.  When I had played this music I knew it didn't originate in me, it came to me.  A miraculous telluric power of disclosure had used me.'

(In addition to 'Landscape as the Origin of Music', Reliquiae contains poems, myths, nature writing, two brief stories and some Canadian landscape paintings by Mark Brennan that reminded me of the Group of Seven).
Posted by Plinius at 10:57 pm