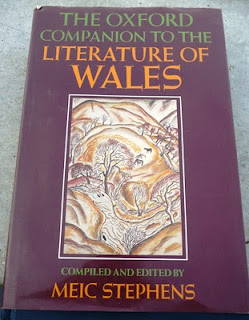 My copy of The Oxford Companion to the Literature of Wales has a landscape by David Jones on the cover, painted in the twenties when he went to live with Eric Gill and others at Capel-y-ffin in the Black Mountains.  The book describes Jones' long poem The Anathemata (1952) as 'at once devotional and commemorative, a celebration of Christian mysteries and a recalling of the making - both geological and cultural - of Britain ... The poem draws its material mainly from Celtic, Latin and Teutonic 'deposits' underlying London and Wales, and from English literature.'  Peter Ackroyd and Iain Sinclair have followed a similar path in their recent writings (London Orbital quotes 'The Lady of the Pool' section of The Anathemata, in which Jones uncovers the mythic strata of the City).  But before the poem reaches London, before following the waves of ship-borne settlers whose culture has shaped Britain, there is a section called 'Rite and Fore-Time' which describes the formation of the land itself.  What I like about these lines is the way they too contain 'Celtic, Latin and Teutonic 'deposits'', projected back onto Ice Age Britain, 'before the melt-waters / had drumlin-dammed a high hill-water for the water-maid / to lave her maiden hair.'

He says for example, that it is long ages since these melt-waters 'troughed, in solid Ordovician / his Bala bed for Tacitus. / Long, long ago they'd turned the flow about. / But had they as yet morained / where holy Deva's entry is? / Or pebbled his mere, where / still the Parthenos / she makes her devious exit?' A footnote explains some of these etymological references: Bala is also called Pimblemere, and in Welsh, Llyn Tegid, the Lake of Tacitus.  Jones adds that 'it may be noted that Tacitus was the name of Cunedda's great grandfather' (the kind of fact that these days we can find instantly and then pursue as far as we like).  He also explains in the footnote that the lake 'is formed of solid rock but the S. W. end at least is thought to have been influenced by morainic deposits.  At some remote geological period the outflow was southward whereas now the Dee flows northward through the lake, but, says immemorial tradition, the two waters never mingle.' 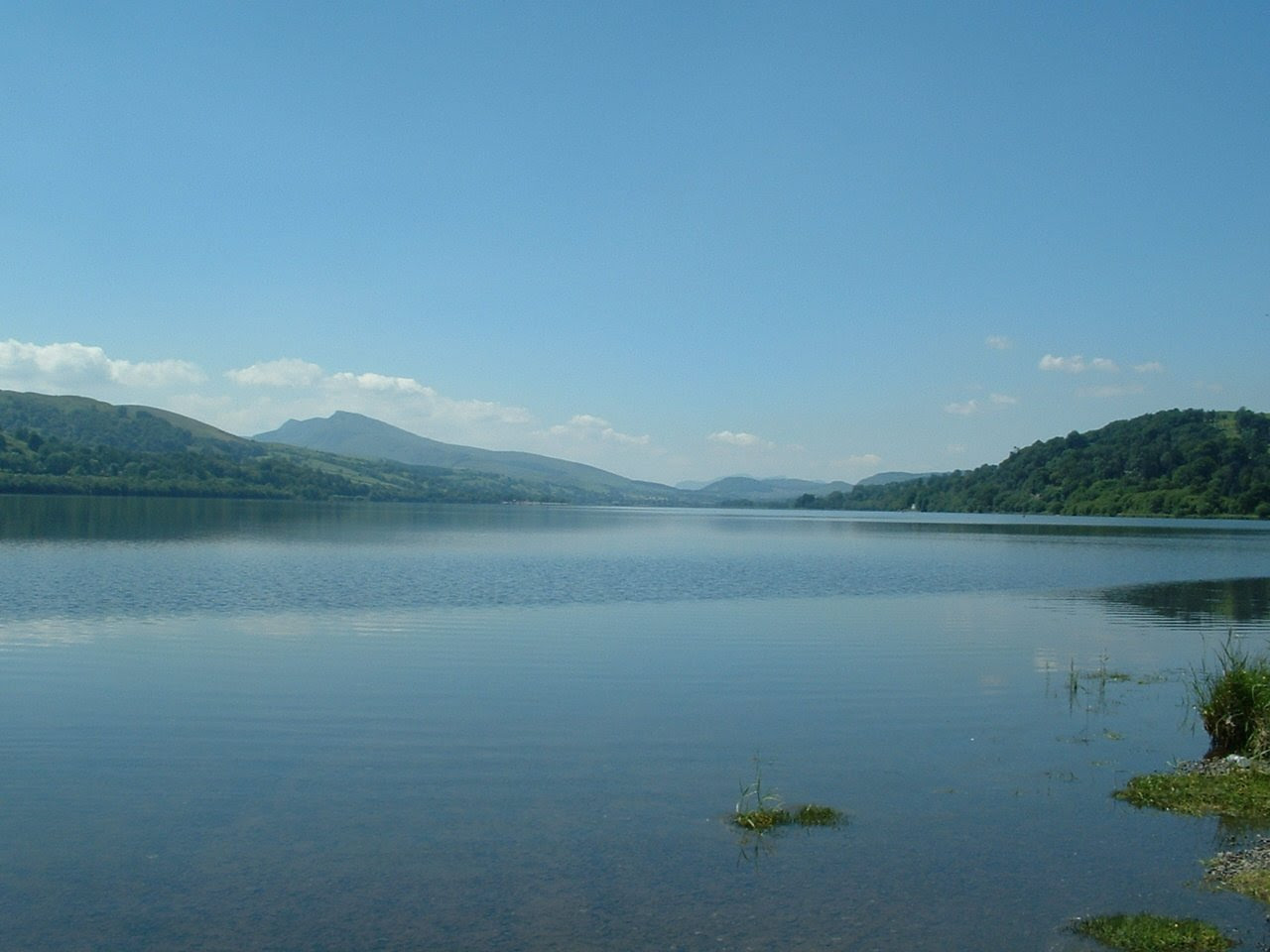 The poem goes on to describe the movement south of glacial material, 'heaped amorphous / out of Caledonia / into Cambria.' It was from the Southern Uplands, Jones notes, that 'geological deposits of the Ice Age and certain legendary and historical deposits of the sub-Roman age came to Wales.'  At the same time ice sheets from Ireland, Scotland and the Lake District converged into the depression of the Irish Sea and moved south, 'part thrust against the land mass of North Wales' (here Jones' footnote quotes Brit. Reg. Geol. N. Wales pp77-8).  Microgranites and clay-bonded erratics were wrenched away and carried 'with what was harrowed-out in via, up, from the long drowned out-crops, under, coalesced and southed by the North Channel.'  And then the description of glacial action ends with the strange image of St Brendan on his sea horse.  A footnote explains that glaciation extended 'just beyond the waters between South Wales and Ireland, which very many millenia later became associated with the marvel-voyages of the Celtic ascetics; such as the navigation-saint, Brendan, who in the legend rides the narrow channel on a marine creature and hails Finbar, mounted on David's swimming horse, with the words 'God is marvellous in his saints.''
Posted by Plinius at 11:45 am

This looks very interesting. I'm tempted to look for this book. I have looked on the internet but could not find this poem (or pats of it) anywhere. Have you? I've only found this very interesting essay about the work:
http://www.ucl.ac.uk/english/graduate/issue/5/pdf/Paul_Stanbridge.pdf

Recently I discovered a reference to another fascinating long poem. Do you happen to know it?
http://en.wikipedia.org/wiki/The_Changing_Light_at_Sandover

Faber paperbacks don't come cheap but it is a book that repays re-reading (Auden, in an article for the New York Review of Books said "I have found the time and trouble I have taken with Anathemata infinitely rewarding.")

Thanks for the link to the essay (which includes diagrams showing the poem's structure in geological terms).

No I'm afraid I've not read the James Merrill poem. 'The Anathemata' is not as long! Another book-length poem I've mentioned here before in connection with geology is William Carlos Williams' 'Paterson'.