This week I popped into the National Gallery to see an interesting new exhibition: 'Forests, Rocks, Torrents: Norwegian and Swiss Landscapes from the Lunde Collection'.  These two countries were in many ways very different in the nineteenth century - Switzerland prosperous, independent and rapidly industrialising, Norway poor, dominated by Denmark and Sweden and dependent on exporting its natural resources.  Swiss artists tended to stay in Switzerland whereas the Norwegians tended to travel. The importance of getting away from the familiar is illustrated in the case of Peder Balke (1804-87) who studied art in Christiania and Stockholm and began his career painting conventional landscapes.  In 1832, as Christopher Riopelle and Sarah Herring write in the catalogue, he travelled by ship to the North Cape, 'a rugged and largely inaccessible area of the country.  There he found bleak and original motifs which allowed him to define his highly individual painting style.  He continued to explore these motifs in increasingly austere images throughout his career.'  The exhibition includes Landscape from Finnmark (about 1860), an icy view across snow-covered rocks to distant grey mountains, dominated by a single tree, leaning at an angle as if battered by the elements.  The painting reproduced below is another of Balke's Finnmark scenes. 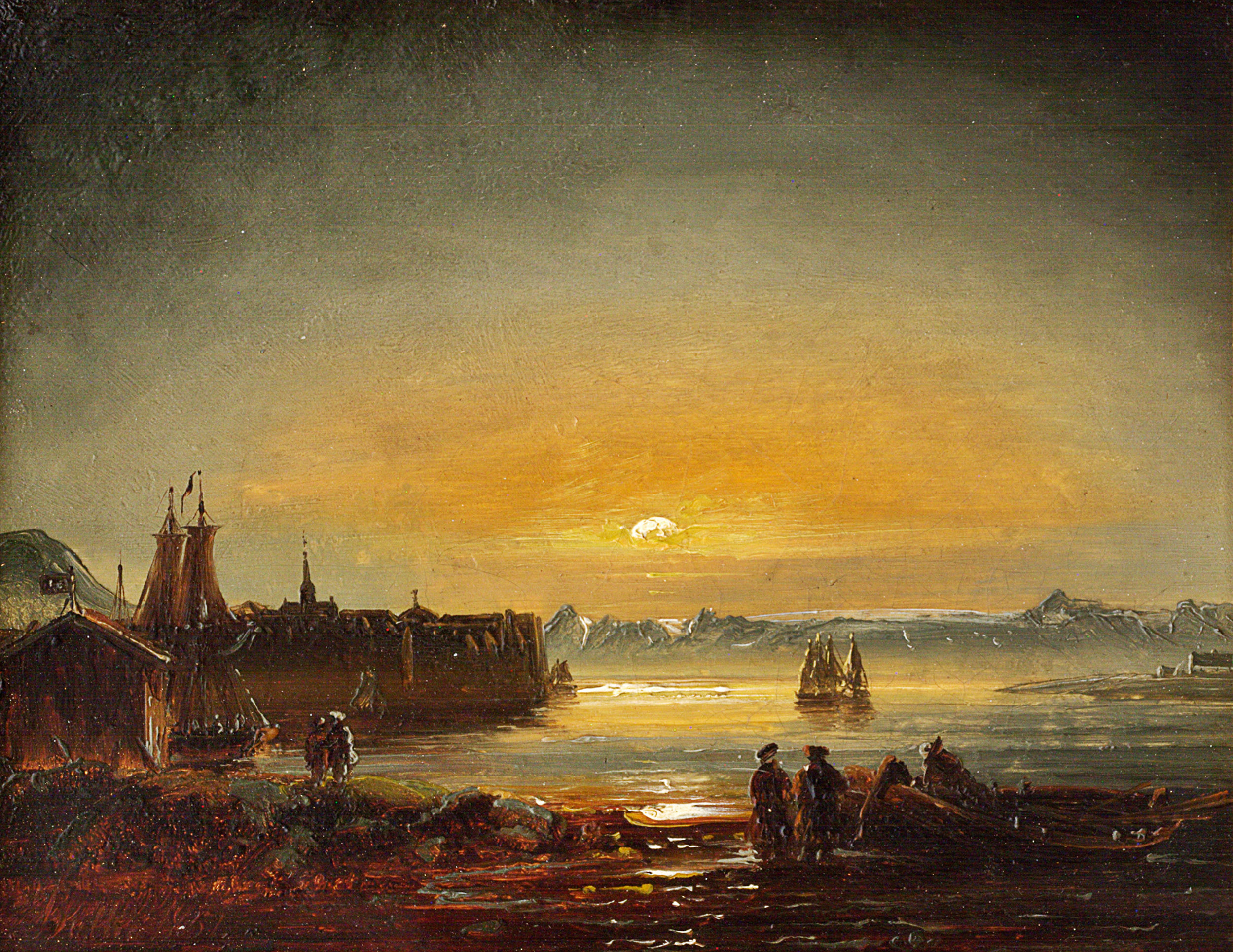 On entering the exhibition, the first thing you see is a large map on the wall, reproduced from an 1873 Baedecker on Switzerland, with pins showing locations of the paintings: The Wetterhorn, Lake Lucerne, the Valley of Lauterbrunnen and so on.  There are also pin maps of Norway, based on Thomas B. Wilson's 'Handy Guide' to the country of 1888.  These reminded me of another thing I've been doing this week: working on the Some Landscapes Timeline and Map.  I am still compiling this so the screenshots below represent work in progress.  The map shows a selection of places connected to my blog posts - I shall now be able to add a little Google pin on Finnmark.  The timeline, similarly, is no more than another way of viewing the blog, but I suppose you could see it as a rather eccentric history of landscape and culture.  So far it stretches from Sargon II's park at Ninevah (715 BCE) to Hamish Fulton's Everest ascent (2009).   Some of the dates relate to paintings or publications but many involve encounters with landscape: Wang Po at the Pavilion of the Prince of T'eng, Dorothy Wordsworth in Scotland, Olivier Messiaen in Utah, and here, Peder Balke in Finnmark. 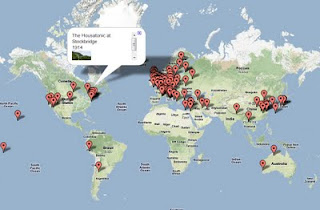 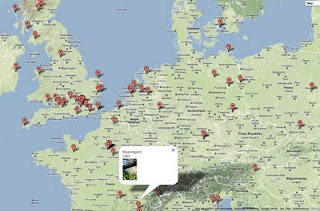 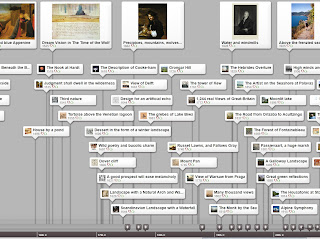 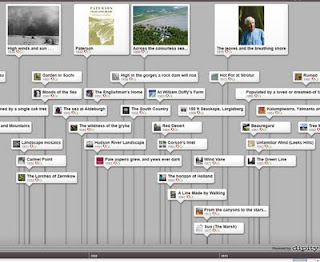 Postscript: Having added a few more I have only just realised that Dipity limit you to 150 events, so the 150 posts I have on the timeline at the moment will have to suffice for now. I'll add some more if they change this restriction.