Much has been written this autumn about Van Gogh's letters, following publication of the vast new six-volume collected edition.  Among those queuing up to praise them have been Andrew Motion, Julian Bell and Richard Shone.  And rightly so I'm sure - for what it's worth, the considerably cheaper Penguin edition in our house remains the most moving, stimulating and beautiful set of letters I have ever read.

I have talked about the letters here before and quoted from one that described the landscape at Zweeloo.  You can see this letter on the new Van Gogh Letters site, with links to a facsimile and comprehensive notes. In the letter Van Gogh writes "I passed a little old church, just exactly, just exactly the church at Gréville in Millet’s little painting in the Luxembourg" and you can click on the link to see this painting. It's an amazing site and it would be great to see someone do the same kind of thing here for Turner or Palmer, or writers like Gerard Manley Hopkins.

Some of the sketches Van Gogh included in his letters were landscapes - see for example his letter to Emile Bernard of 19 June 1888 ("Herewith another landscape... I painted it at the height of the mistral.")  Earlier in this letter he says "To be honest with you, I have absolutely no objection to the countryside, since I grew up in it - I am still enchanted by snatches of the past, have a hankering after the eternal, of which the sower and the sheaf of corn are the symbols.  But when shall I ever get round to doing the starry sky, that picture which is always in my mind?" 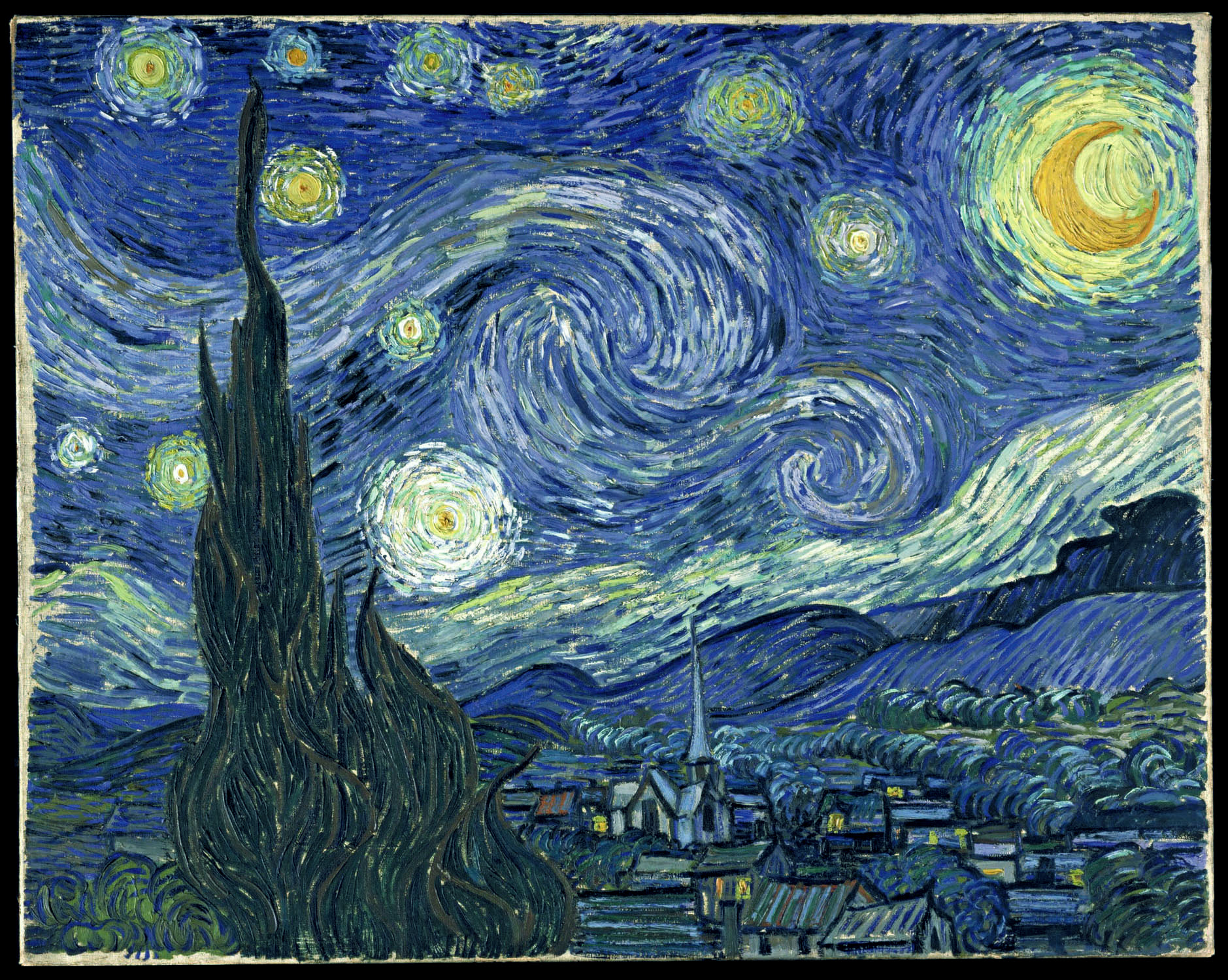 However, with so many reviewers earnestly urging people to read the letters I'm tempted to recall an alternative take on them - 'If the Impressionists Had Been Dentists' by Woody Allen.  In these letters Vincent writes to Theo, for example, that 'my old friend Monet refuses to work on anything but very, very large mouths and Seurat, who is quite moody, has developed a method of cleaning one tooth at a time until he builds up what he calls a “full, fresh mouth.” It has an architectural solidity to it, but is it dental work?'
Posted by Plinius at 10:21 pm

Thank you! I've been enjoying the letters-- a few a day .