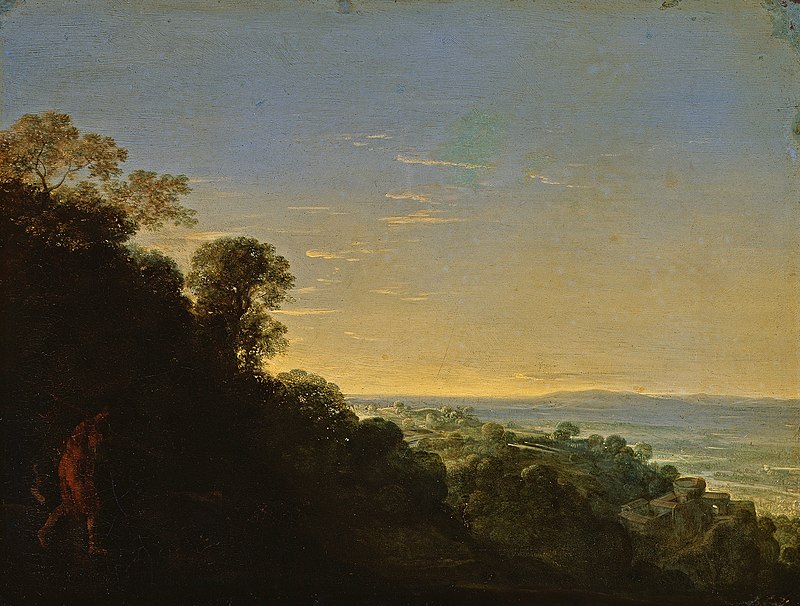 To Dulwich today for the Adam Elsheimer exhibition, a welcome break from computing woes which are partly to blame for infrequent postings at the moment. The Dulwich Picture Gallery is a good place for classical landscape painting anyway: Claude, Canaletto &c. but also less renowned artists like Herman Saftleven, painter of a lovely misty View on the Rhine. Adam Elsheimer fits perfectly in this company – a forerunner who is, according to the exhibition leaflet, ‘little known today’, but was ‘recognised in his own time as a genius.’ There still doesn’t seem much danger of him suddenly becoming very popular and the exhibition was relatively quiet even on a Saturday. Three highlights: